Future of the global south: some critical foreign policy considerations

Economic downturn, recession of plans and initiatives, systematically ignored calls for a fiscal and monetary justice for all, €-crisis, Brexit and irredentism in the UK, Spain, Belgium, France, Denmark and Italy, lasting instability in the Euro-Med theatre (debt crisis of the Europe’s south – countries scrutinized and ridiculed under the nickname PIGS, coupled with the failed states all over the MENA), terrorism, historic low with Russia along with a historic trans-Atlantic
blow with Trump, influx of predominantly Muslim refugees from Levant in numbers and
configurations unprecedented since the WWII exoduses, consequential growth of far-right parties who – by peddling reductive messages and comparisons – are exploiting fears of otherness, that are now amplified with already urging labour and social justice concerns,
generational unemployment and socio-cultural anxieties, in ricochet of the Sino-US trade wars, while rifting in a dilemma to either let Bolivarism or support Monroeism. The very fundaments of Europe are shaking. Strikingly, there is a very little public debate enhanced in Europe about it. What is even more worrying is the fact that any self-assessing questioning of Europe’s
involvement and past policies in the Middle East, and Europe’s East is off-agenda. Immaculacy of Brussels and the Atlantic-Central Europe-led EU is unquestionable. Corresponding with realities or complying with a dogma? 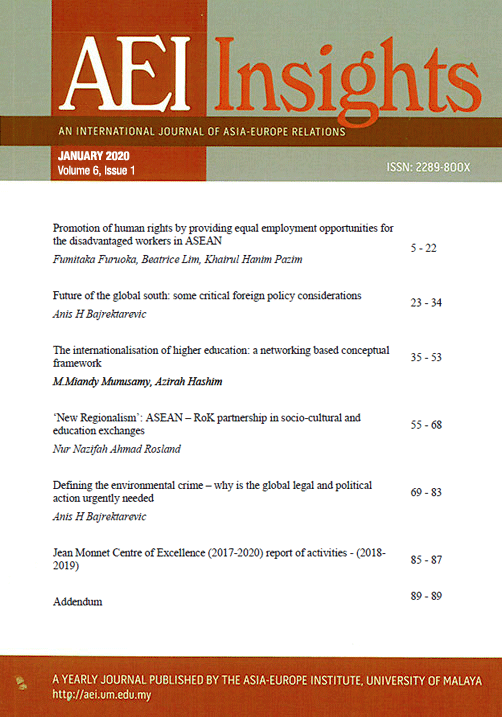