New global uncertainties and its meaning for European Union integration?

The concept of European Union integration has been at the forefront of much discussion on
what the future of the European Union project would be. At various junctions, especially in
crisis times, the concept of integration would be code for a balance sheet on its progress and
future challenges. The uncertainties that have merged since the British referendum decision to
leave the European Union in June 2016, has provided a new framework for the future of
European integration. It has seen the first departure of a member, and not an insignificant
member, from the Union alongside destabilizing features in the world order. The dismissive
approach from the Trump administration and the volatility of US foreign policy has put many
in the EU on tender hooks. Moreover, European Union member states have had to contend
with a volatile Euro-sceptic electorate, which has blamed the European Union for a crisis of
expectations. The election results in 2017 in The Netherlands, and the victory of Macron in
France, provided for some, reason to believe that not all was lost. The leadership of the
European Union has taken a sober approach towards the current crisis and has refrained from
submission to this pessimism. Though locked in negotiations with the UK over Brexit, its
release of the White Paper on the future of the European Union issued in March 2017 was an
attempt to insure that Brussels and the EU was not ruling from on–high without member state
buy in. It was a document which was partially defensive (only mentioning Brexit once) but at
the same time seeking a guide on whether, and how, to approach future European Union
integration. 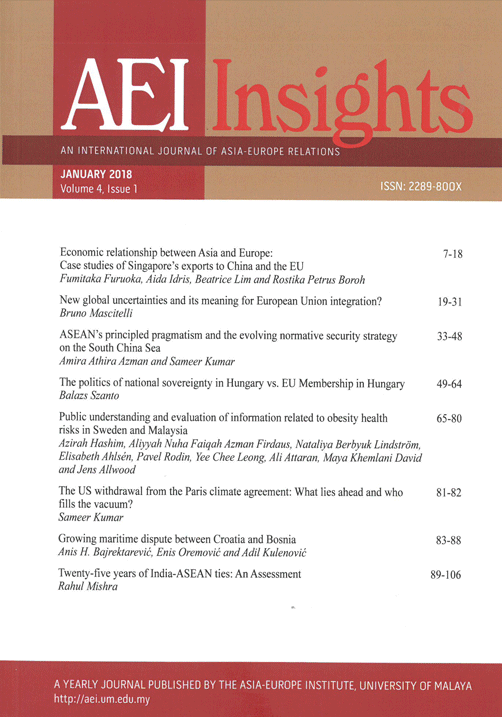