ASEAN and the European Union: from Strong Regional Integration to Closer External Links

The objective of this paper is two-fold: it provides a critical evaluation of integration processes in ASEAN and in The European Union, and it looks at the potential of future cooperation between these two bodies.

The paper offers an analysis of the recent integration efforts in ASEAN and in The European Union. It concludes by suggesting that as a consequence to their respective crises, both regions have recently undergone substantive integration. The economic governance within ASEAN and at ASEAN+3 as well as the legal developments and plan to establish the single market by 2015 will have significant effects. The EU has traversed an integration path by strengthening its economic policy coordination and increasing its economic reform efforts. The Banking Union has also encouragedthe integration history of The EU. Despite the difference in integration methods, both regions continue to evolve into more economically homogenous entities and to promote harmonisation of regulatory and economic governance practices.

Internal development creates new opportunities for both regions to cooperate. Their priorities would include political issues such as peace, anti-terrorism and security issues, a new prosperity agenda (trade, investments, connectivity issues) as well as socio-cultural dialogue. The EU/ASEAN cooperation will likely increase the attractiveness of its regional integration for other parts of the world. 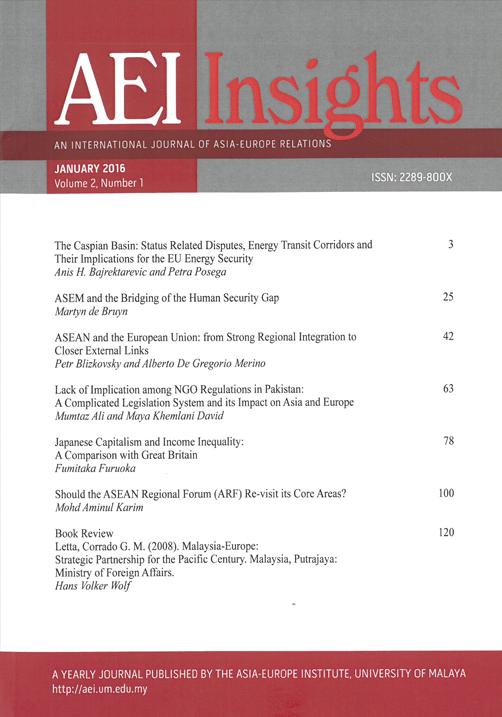