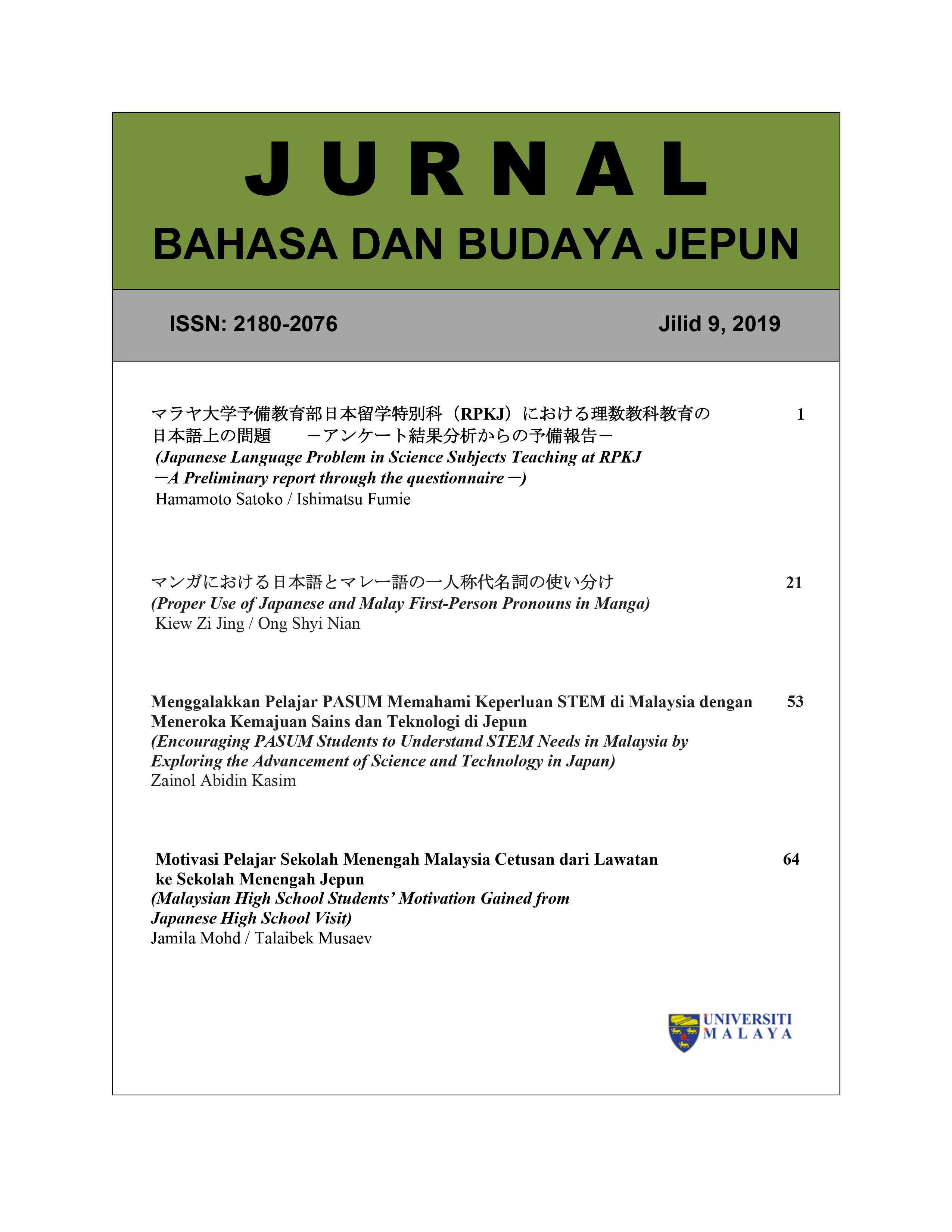 Cultural practices and science and technology knowledge are inseparable as they relate to living daily life in the face of global boundless challenges. The importance of Science and Technology education has always been a priority in Malaysia. Malaysia Education blueprint was initiated in 2011. One of the priorities identified in the blueprint was STEM. By allowing students to construct their meaning and understanding of an area of study strengthens their learning. STEM also makes learning more relevant as students are exposed to the concept of what they learn based on current and real-world situations. By facilitating and asking the right questions, educators can stimulate students to incorporate identifying, comparing, predicting, and testing activities in their investigation; nurturing problem-solving skills. By the way, the Japanese government has prioritized the development of creative approaches to science education. Some of their initiatives have been in partnership with Japan's National Museum of Emerging Science and Innovation, which works with schools at all levels and to help teachers motivate their science students. Besides, Super Science High Schools (SSHS) have been created across Japan, each being asked to design their science-focused curriculum. Japan's advances in systems and communications networks during disaster management are also aspects that can be replicated by Malaysia. When disaster strikes in Japan, people will be notified via their mobile phones. This is because the Japanese government has put together a comprehensive system of accurate information and data derived from internet of things (IoT) technology by issuing a warning to all registered mobile phone numbers in Japan, informing their citizens to confirm that a disaster has occurred. "The Japanese are very quick to move around and know what to do. Afterward, they are trying to rebuild and rebuild because of the continuous culture of improvement. They are always thinking about the possibility of this happening again with better technology. Encouraging PASUM students (students of Centre for Foundation Studies in Science, University of Malaya) to explore the advancement of science, technology, engineering in Japan goes hand in hand with traditional cultural practices. This PASUM Japan Edu -Tour project to Japan, which is entering its 5th year. The advantage of this project is that participants will be able to enrich their knowledge of STEM and return home to disseminate the latest Japanese science and technology advancements to the campus community, especially for their junior in PASUM and secondary school students. Among the challenges faced are application procedures visiting super science schools, high schools, universities, and the Ministry of Education, Culture, Sports, Science, and Technology (MEXT) in Japan. However, it was solved by contacting Japanese lecturers and teachers who had served in AAJ, PASUM, and returned to work in Japan. Passionate PASUM students are brought to visit and see with their own eyes the progress of science and technology in Japan. Although the Japanese advanced in the field of science and technology, traditional culture and lifestyles have always been their pride. Even the advances in science and technology are being used to reinforce their traditional values and cultural practices. For example, toilets equipped with various electronic appliances such as seating, interstitials after separate and large urinals, and music are only available in Japan. The advances in science, technology in Japan are moving forward keeping up with the pure art and cultural traditions of everyday life at home, work, and the public.

COPYRIGHT. All rights reserved. No part of this journal may be reproduced, copied or transmitted, in any form or by any means, electronic, mechanical, photocopying, and recording or otherwise without proper written permission from the publisher. Any opinion expressed in the articles are those of the authors and do not reflect that of the University of Malaya, 50603 Kuala Lumpur, Malaysia