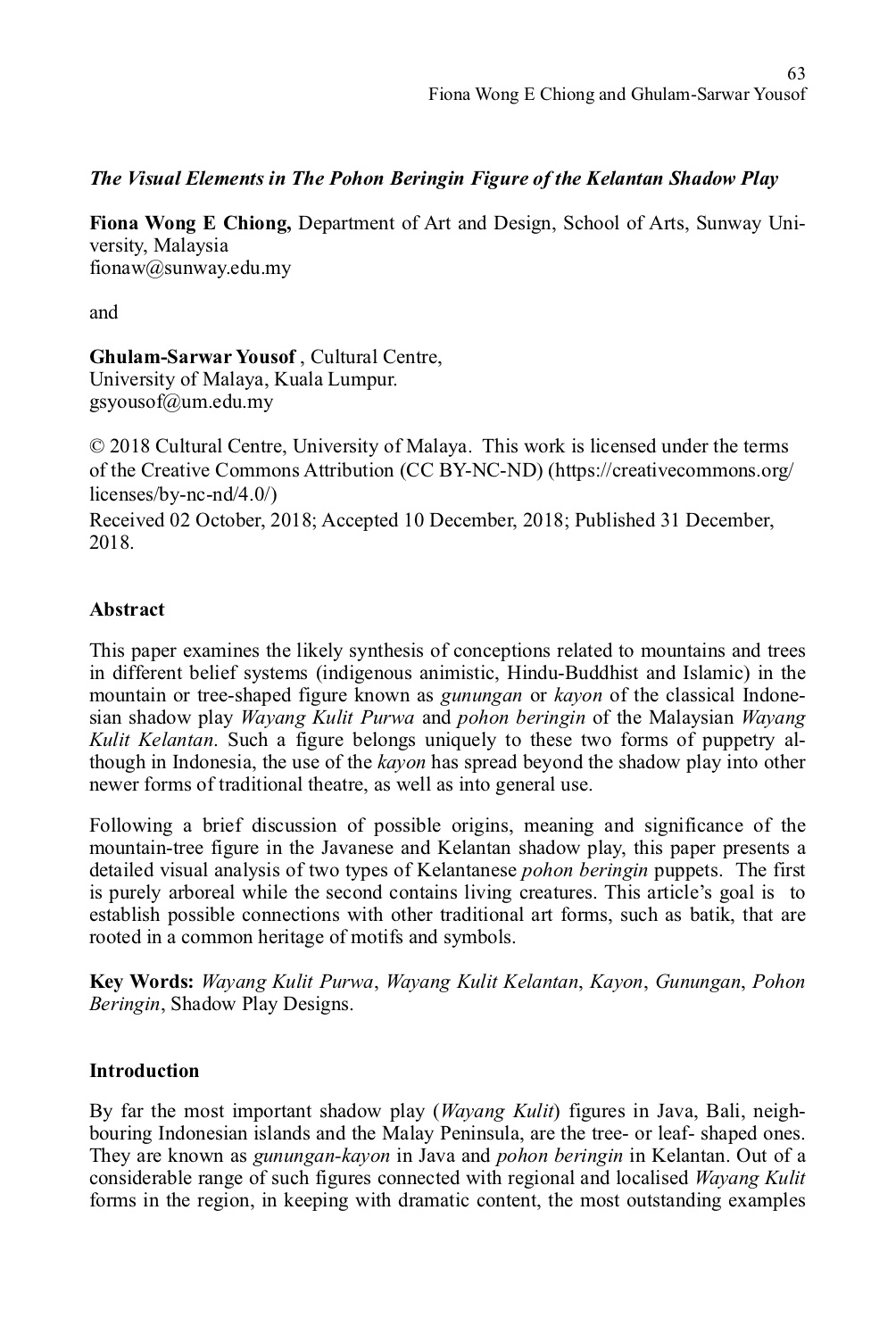 This paper examines the likely synthesis of conceptions related to mountains and trees in different belief systems (indigenous animistic, Hindu-Buddhist and Islamic) in the mountain or tree-shaped figure known as gunungan or kayon of the classical Indonesian shadow play Wayang Kulit Purwa and pohon beringin of the Malaysian Wayang Kulit Kelantan. Such a figure belongs uniquely to these two forms of puppetry although in Indonesia, the use of the kayon has spread beyond the shadow play into other newer forms of traditional theatre, as well as into general use.

Following a brief discussion of possible origins, meaning and significance of the mountain-tree figure in the Javanese and Kelantan shadow play, this paper presents a detailed visual analysis of two types of Kelantanese pohon beringin puppets.  The first is purely arboreal while the second contains living creatures. This article’s goal is  to establish possible connections with other traditional art forms, such as batik, that are rooted in a common heritage of motifs and symbols.

This work is licensed under a Creative Commons Attribution-NonCommercial-NoDerivatives 4.0 International License.