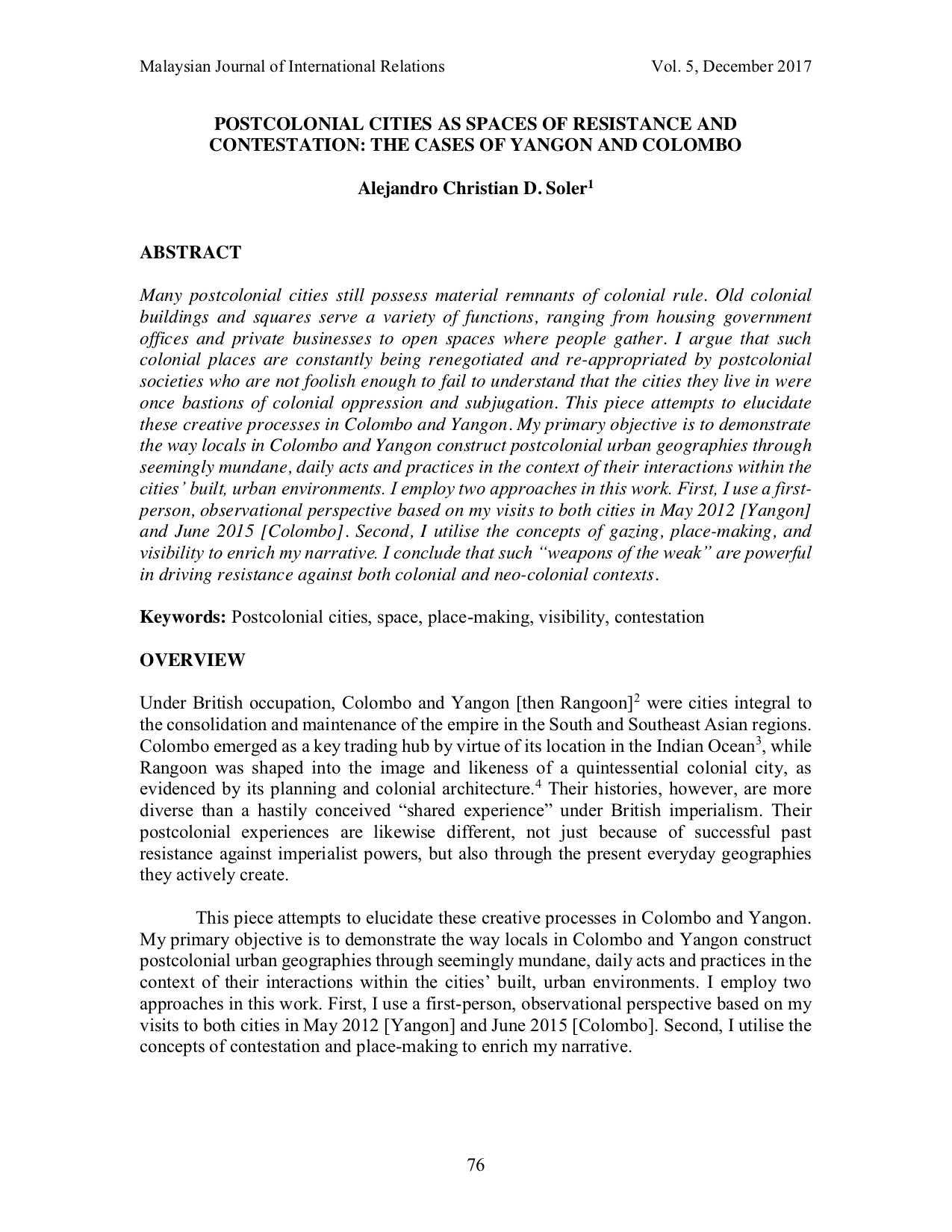 Many postcolonial cities still possess material remnants of colonial rule. Old colonial buildings and squares serve a variety of functions, ranging from housing government offices and private businesses to open spaces where people gather. I argue that such colonial places are constantly being renegotiated and re-appropriated by postcolonial societies who are not foolish enough to fail to understand that the cities they live in were once bastions of colonial oppression and subjugation. This piece attempts to elucidate these creative processes in Colombo and Yangon. My primary objective is to demonstrate the way locals in Colombo and Yangon construct postcolonial urban geographies through seemingly mundane, daily acts and practices in the context of their interactions within the cities’ built, urban environments. I employ two approaches to this work. First, I use a first-person, observational perspective based on my visits to both cities in May 2012 [Yangon] and June 2015 [Colombo]. Second, I utilise the concepts of gazing, placemaking, and visibility to enrich my narrative. I conclude that such “weapons of the weak” are powerful in driving resistance against both colonial and neo-colonial contexts.

He earned his Ph.D. in Political Science and International Relations from the University of Delaware in Newark, Delaware, United States. His research interests include urban growth and the political economy and political geography of cities. He utilizes postcolonial and world systems approaches in his areas of studies. He is currently an Associate Professorial Lecturer at De La Salle University-Manila. Email: csoler@udel.edu