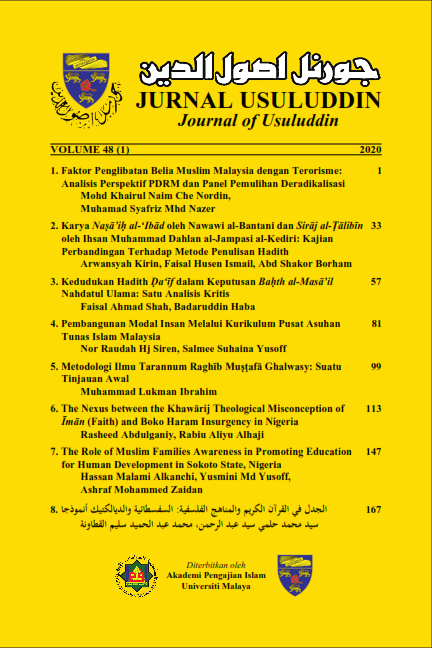 This study attempts to show the importance of the Qur’anic debate in the manifestation of truth and its role in synchronising the rational and natural aspects in order to arrive at the ascertained truth. It also aims to unveil the philosophical approaches of sophism and dialecticism as two examples of the Western method of argumentation. The study further examines the Qur’anic concept of debate and its implementations. In contrast, the study explains the Western philosophical approaches, its foundations, including epistemological and philosophical theories. Furthermore, it analyses the application of Qur’anic debate to explain the rules that the Qur’an practices when arguing with the opponent. In this context, the study uses the comparative and descriptive approach towards the foundations and methods of sophism and dialecticism on one side and the Qur’an on the other. The study finds that the sophist argument is based on the principle of absolute scepticism that does not recognise the certainty of truth. The study also reveals the roots of the dialecticism which is based on the perpetual conflict between reality and human mind. The study further describes the scientific method of the Qur’an to reach the truth through proof, sensual and mental evidences that require a well-developed natural instinct and the fallacy of circular reasoning and infinite regress.