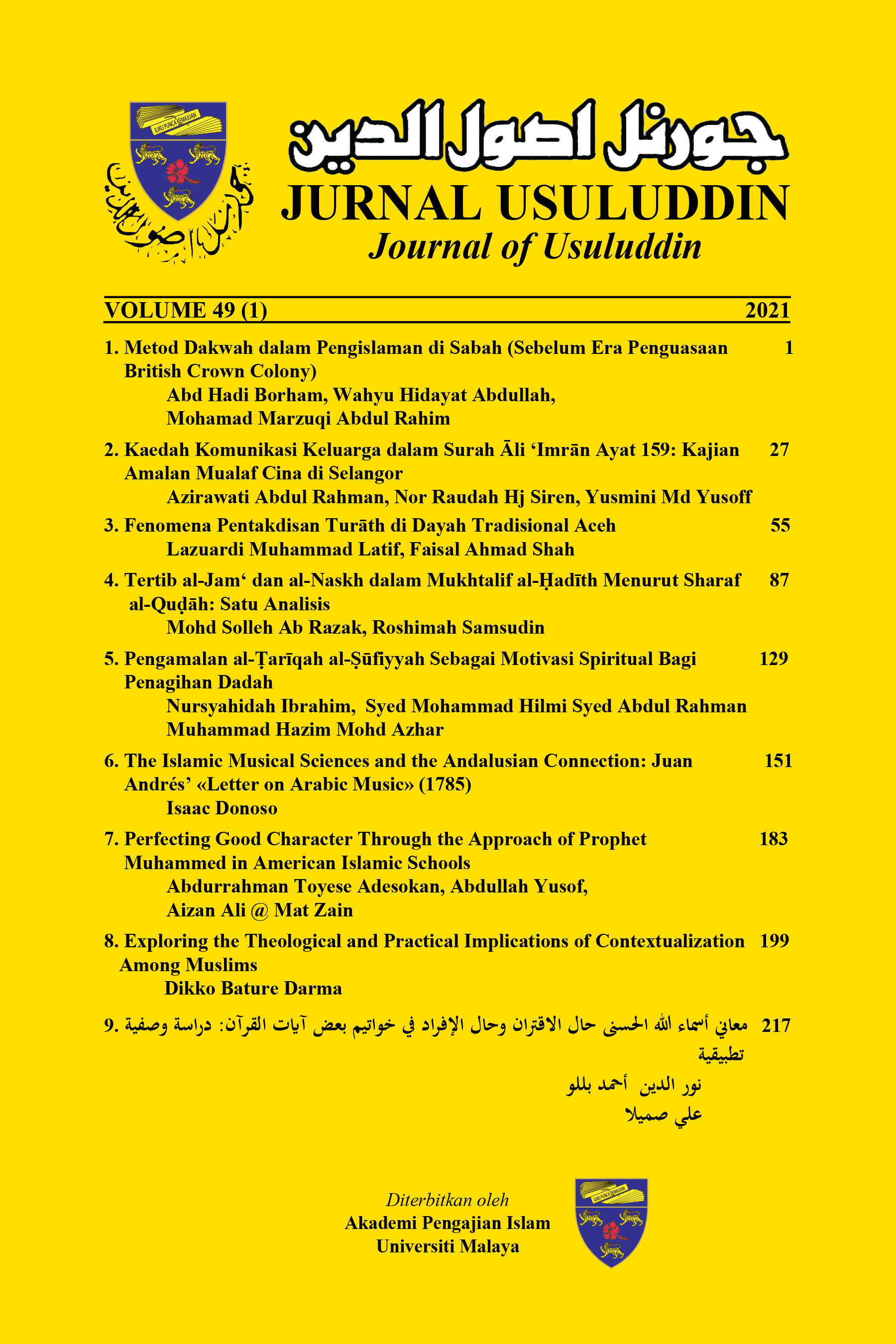 Islamic theory of moral is in congruent with the Universal theory of moral. Noble characters and morals are the most essential path of Prophet Muhammed as he said “I was not sent except to perfect moral characters”. This work will examine the effects of Islamic morals in propagating Islam in America to the level of winning the souls of American leaders including their presidents, that are canvassing for Islam as an acceptable peaceful religion in the West. The article will be supported through the research methodology of qualitative and the review of series of literatures that secured the credibility and the integrities that benefited Islam in the West. Moreover, moral character encourages the appreciation that is consider as a motivation for better performance, which American Muslims enjoy.