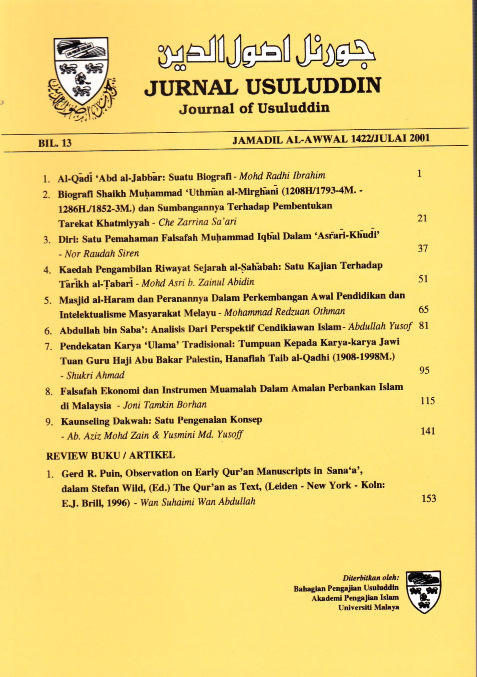 The traditional ulama and the Malays have always co-existed in the historical context of the Malay society. This was evident during the sultanate period up to the colonial period when the ulama became catalyst in educating the Malays. The emergence of ulama reformist (Kaum Muda) who were inspired by the Islamic reformist in the Middle East university has challenged the traditional ulama in dominating the way of thinking. This article attempts to analyze the methods and approaches used in literatures by the traditional ulama that so call Kaum Tua with special reference to the work of Tuan Guru Haji Abu Bakar Palestin Hanafiah al-Qadhi (1908-1998).