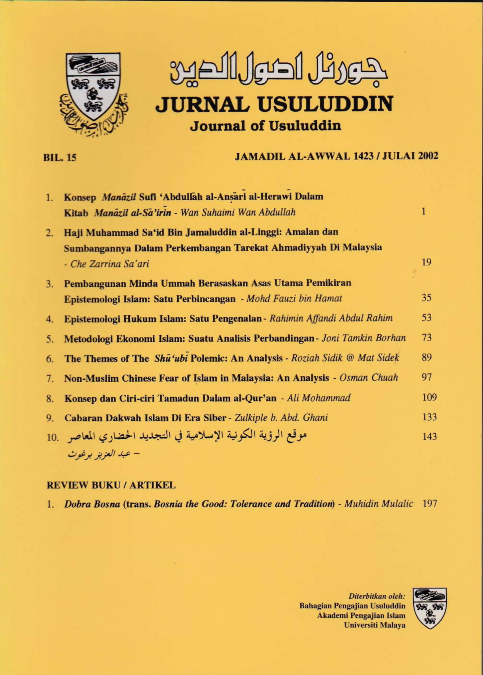 The sufis' concept of Stations (maqamat) and States (ahwal) is among the most significant concepts discussed in the sufis tradition in Islam. Most prominent sufis in Islam discussed the concept and wrote a number of important works on the subject. Khwaja 'Abdullah al-Ansari al-Herawi is one of them. His major work Manazil al-Sa'irin is mainly to elaborate the system of sufis' stations and states as a guide for the wayfares in their journey towards Allah The Almighty. This article tries to explain al-Herawi's concept and system of sufis' stations and states based on his Manazil.