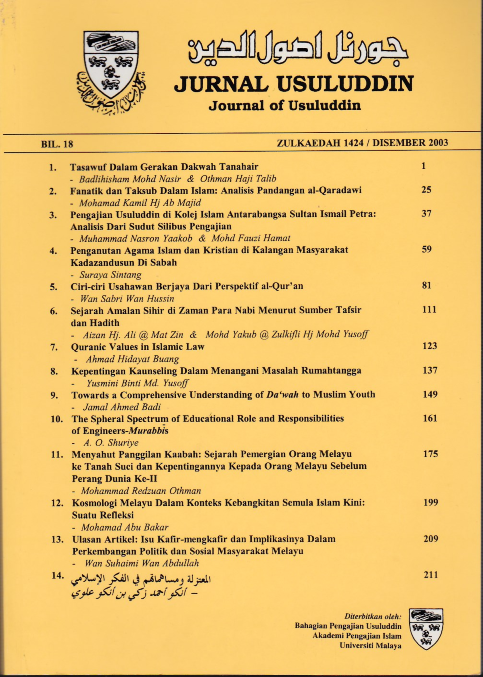 The Islamic resurgence of the seventies and eighties not only has affected the Muslim-Malays' socio-political and socio-cultural outlook, but also their entire belief system, including their conception of private life and their daily observance of the faith. In short, the whole of their world-view or cosmological doctrine is subject to change arising from their new commitment to Islam as a complete way of life. As such, the religious revival was pitted either against a traditional background still infused with non-Islamic accretions or against modern living with its concomitant Western secularist tendencies or both.