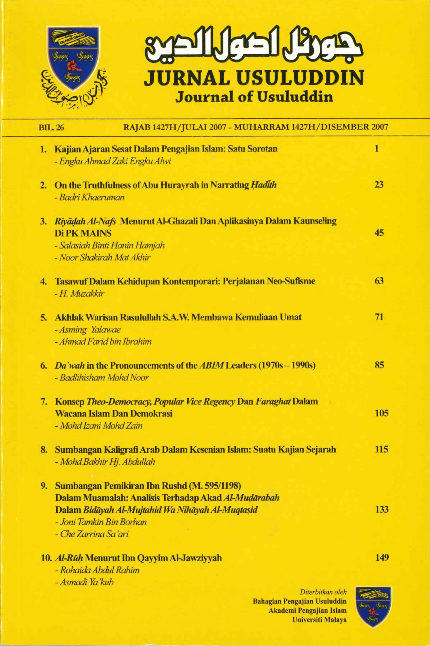 The article will discuss about neo-Sufism, its characteristics and its relation to modern society. Neo-Sufism is a doctrine on esoteric values of religious practices that urges man to involve in society actively and put a good attention to their social problems. Neo-Sufism insists on the well-balanced religious life between worldly and heavenly life for both are really vital to Muslim. Hence, the Neo-Sufism offers the concept of tawazun or well-balanced as its principle.