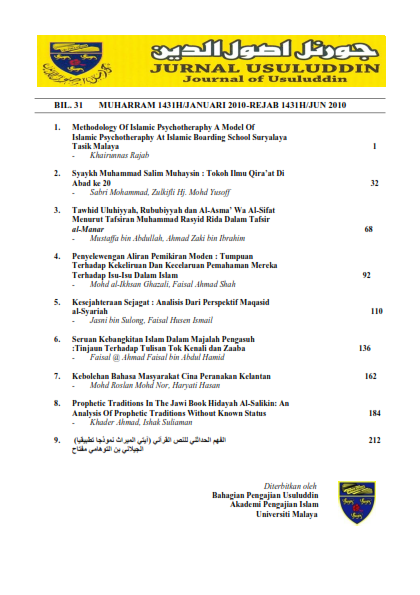 
The concept of modernity is a concept that encompasses all dimensions of life , physical, moral, spiritual, intellectual, ethical and legal, and even it means in the same moment, the aim, the tool and the standard. As an aim, it is destination that is headed by many different Arab modernists. Everyone seeks his own way to keep up with what he believes is the age model of his time and pursuit with its developments. In terms of being a tool, everyone is also working on modernity and invests and employs it as a tool for progress and prosperity and development. In terms of being a standard, it has become the law, by which they evaluate the meanings of things their functions and destinations. The are no more borders between what is natural and between what is revelation. Everything is subject to historical becoming and the object of accountability and criticism and evaluation of modernity and its mechanisms. And Qur’an was not immune from this modernist boom of criticism. Its inherited meaning and understanding becomes no longer to them suitable for our times, they are counted by modernists as the remaining of the dark past, which must be surpassed and a modernist alternative of them should be produced that can help to get along with the needs of the times and enable them to free people of Islamic region in general and Arabs in particular from their chains and backwardness. In accordance to that many writings have appeared in many fashions with varied backgrounds and tendencies which are trying to represent this modern alternative, and its materialization.