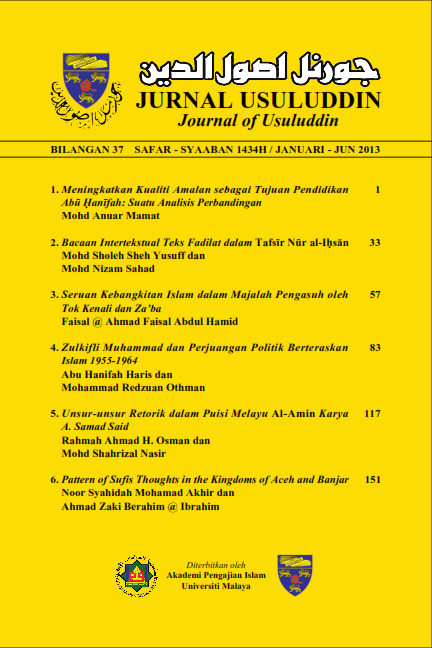 This article discusses the similarities in the pattern of Sufis thought in two classical Malay kingdoms, namely Aceh and Banjar. The relationship that took place between them had made it possible for exchange of mystical ideas. This article elaborates the history of Sufism in the two kingdoms to indicate the relationship that existed, though perhaps in different time frame. In the end, this article finds that there is a similar pattern in the development of the accepted Sufis doctrine in both kingdoms, that is the rejection of the doctrine of waḥdah al-wujūd for the doctrine of waḥdah al-shuhūd.