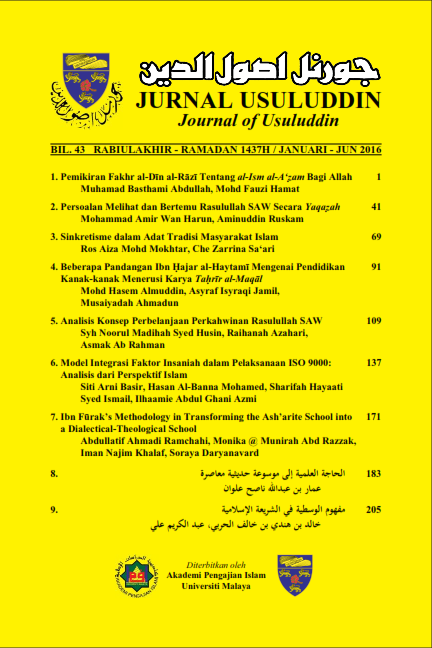 
The article deals with the concept of moderation in Islamic legislation and its obligatory rules through the concept of commands and prohibitions in the religious texts, the ahadith of the Prophet, his exemplary way of life with his companions. It indicates that Islamic legislation is moderate in nature and the prophet Muhammad was praised by Allah in the revelation as his nation was described in the Quran by the nation of moderation i.e justice for the nation of the prophet Muhammad and he is the best example of this nation. The article discusses the meaning of moderation and the impact of this in the correct understanding of the true moderation; the features of moderation in the Islamic legislation, and the moderation of the religious texts in the obligatory rules and its impact. The article is a library research and the data and information collected had been analysed thoroughly. The research concluded that the true moderation cannot be achieved unless there are three conditions i.e. justice, equality and tolerance. Secondly, the religious texts whether if it is in obligatory rules or livelihood legislation established the method of moderation among people and give a lot of glad tidings in this world and hereafter.