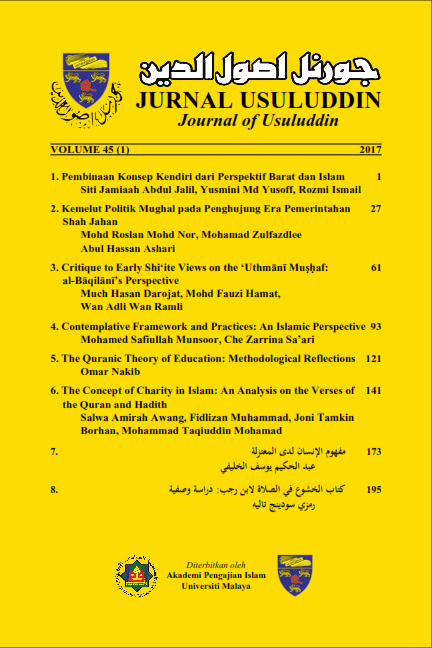 Charitable giving is deemed as one of the most important obligations in Islam which impacts in the wellbeing of an individual and the welfare of the society as a whole. Thus, this paper aims to explore the concept of charity in Islam by basing on the two important sources which are the Quran and Hadith. An analysis based on the verses of Quran and Hadith pertaining to charity is conducted and it is found that there are two words commonly used for charity in Islam which are ṣadaqah and infaq. Further probe on the definition and types of charity yields a result of a complete classification of charityhich is broken down into two major categories; the mandatory and the voluntary charitable giving. Four conditions of charity are also discussed which are the donor, recipient, gift and intention describing the flexibility and dynamic of this act. Lastly, some verses of Quran containing the economic role of charitable giving are examined showing the growing nature of this act that promotes prosperity to the donor, recipient and the society.