Amendments To Section 6 Of The Distribution Act 1958

This article is divided into six parts. After the introduction in Part I, Part II discusses the changes in the scheme of intestate distribution where a woman dies intestate. Part III deals with the changes where a married man dies intestate. Part IV is about the position where an unmarried person dies intestate, or where a person, though married, dies intestate without leaving a surviving spouse or issue; these persons may be a male or a female. Part B briefly explains the scheme of statutory trusts under section 7 of the principal Act. Although Act A1004 has not amended section 7 of the principal Act specifically, a brief explanation of the scheme of statutory trusts as set out by this section is pertinent to facilitate a better understanding of the operation of section 6, which as stated, has been amended in important respects by Act 1004. Part VI contains the writers' concluding remarks. Finally, for easy and quick reference, the writers have prepared as an appendix to this article tables which set out in summary, in relation to intestate distribution of deceased married men and women, the intestate distribution entitlement of the three main categorites of beneficiaries, namely spouse, issue and parents, both in respect of the law before and after the enforcement of Act A1004. 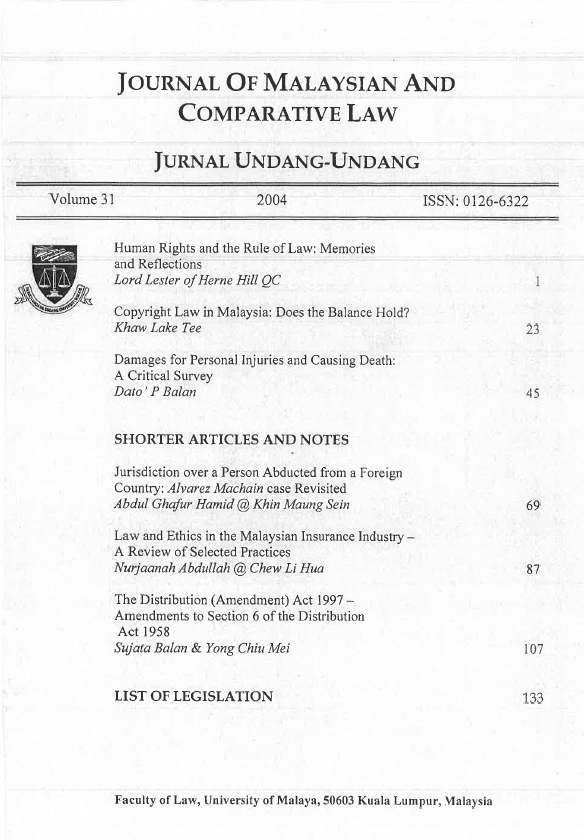