The Doctrine of Utmost Good Faith

Back to Common Law to Move Forward?

The article re-examines the position of the doctrine of utmost good faith in insurance contracts, specifically in the context of insurers’ duty. A historical development of the doctrine is undertaken to uncover its actual basis. This is then utilised to examine its development under English jurisdiction, followed by the Australian and American position. The unsatisfactory position of the doctrine as developed by the English courts have resulted in numerous attempts to reform the law, the latest being the on-going efforts by the Law Commission. The author argues for a return of judicial activism in construing the true meaning of the doctrine to include the element of fairness and reasonable expectation of consumers. This is in line with current advancement of information technology and data management available to the insurance industry. The unique Malaysian position is also highlighted whereby the prudent insurer’s test no longer applies to non-disclosure or misrepresentation of material facts. It has been replaced by the reasonable assured’s test under section 150(1) of the Insurance Act 1996. The Bank Negara Guidelines which set the standard of good practices for insurers are also referred to as they incorporate the concept of fairness and fair treatment of consumers. The doctrine of utmost good faith thus acquired more depth and meaning when applied equally to insurers as well. 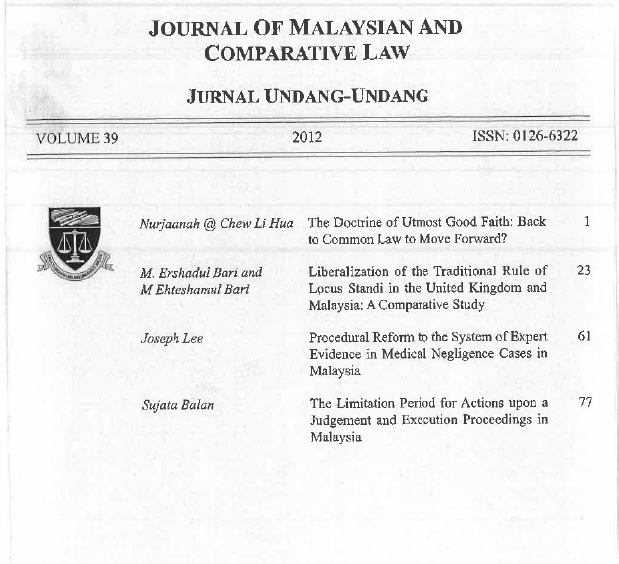