A Landmark in Constitutional and Land Acquisition Law

For close to 30 years, the Malaysian judiciary has lived under the shadows of the 1988 amendment that removed the phrase “judicial power of the Federation” from Article 121 of the Federal Constitution.1 This legislative blow struck at the very heart of the principles of separation of powers and the independence of the judiciary in Malaysia. The Federal Court in 2007 even explicitly acknowledged the inferiority of the Courts from amongst the three organs of government in light of the amendment.

However, in 2017 the Federal Court courageously and emphatically turned the tide on what was deemed a foregone conclusion. In unanimous fashion, the apex bench in Semenyih Jaya Sdn Bhd v Pentadbir Tanah Daerah Hulu Langat & another case (Semenyih Jaya Judgment) recognised the basic structure doctrine and proceeded to decide that the 1988 amendment cannot take away sacrosanct constitutional concepts such as separation of powers and judicial independence. 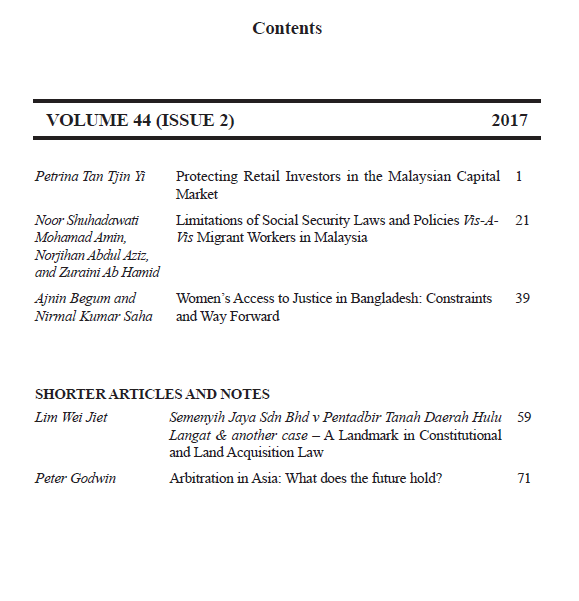