In 2015, a British couple discovered the full effects of one such exclusion clause when they tried to sue CIMB Bank Berhad (‘Bank’) for breach of contract and negligence. Anthony and Alison Bourke’s case was dismissed by the High Court of Malaya at Kuala Lumpur due to the existence of an all-encompassing exclusion clause found in their loan agreement with the Bank. This was despite the High Court making several findings of fact which heavily suggested negligent conduct and breach of contract by the Bank.

Undeterred, the couple appealed to the Court of Appeal. The Court of Appeal heard full arguments from both sides and, surprisingly, struck down the exclusion clause under s 29 of the Contracts Act 1950 and under public policy. The usage of s 29 of the Contracts Act 1950 to oust or invalidate an exclusion clause in a commercial contract was both unprecedented and novel. Unsurprisingly, the Bank appealed to the Federal Court.

Obtaining leave unopposed, the Bank asked the Federal Court to decide whether s 29 of the Contracts Act 1950 was capable of striking down an exclusion clause of this nature. The Federal Court answered in the affirmative, and in doing so upheld the Court of Appeal’s decision. The couple got their win against the Bank, and new law was created.

Advocate & Solicitor of the High Court of Malaya, Barrister-at-Law (Grayâ€™s Inn) of the English Bar, and
founding Partner of Messrs Raj, Ong & Yudistra. 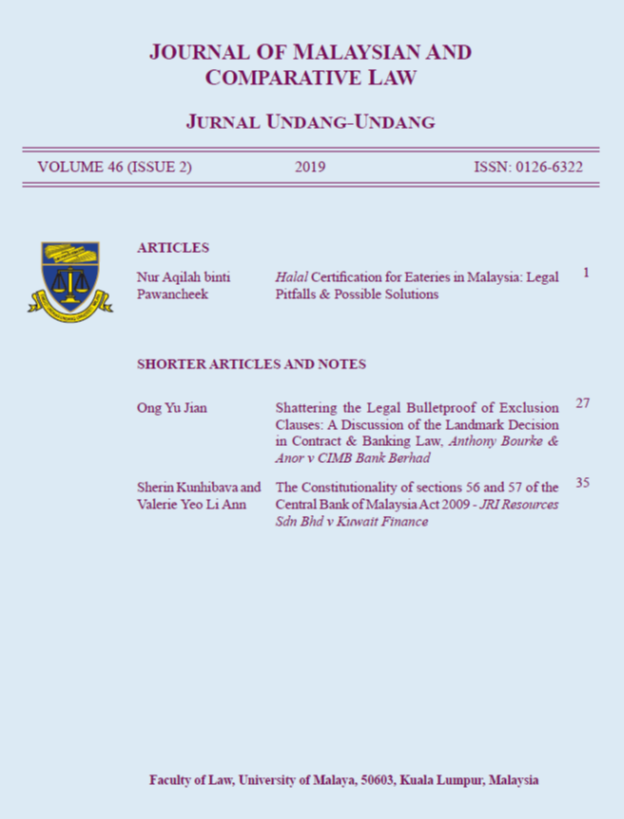