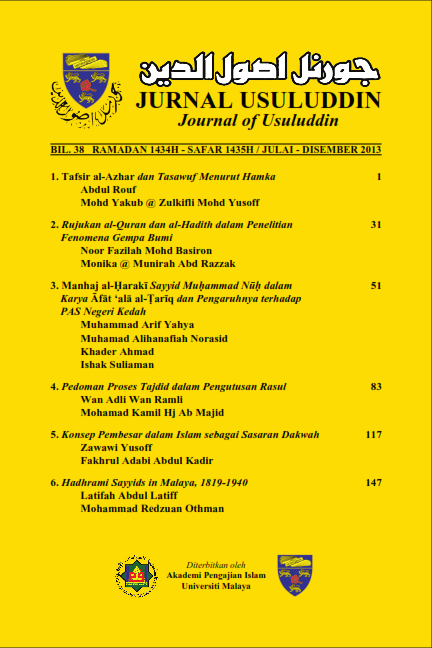 This article highlights the history of the Hadhrami Arabs of Sayyid, descent from Hadhramaut, Yemen in the nineteenth and twentieth century Malaya. The Hadhrami Arabs appertained to the Sayyid Alawiyyah and claimed themselves as the descendants of the Prophet Muhammad SAW through his grandson Hussain. In general, Malays respectably looked upon all Arabs, particularly the Sayyids, as they were believed as the inheritors of Islamic preaching. For this article, records from archives as well as academic works were used as reference. According to the archives, the Hadhrami Arabs who were the majority of the born Arabs or Peranakan Arab of non Arab mothers managed to do well in their lives even though they were in a small number. They had played a significant role in the society and also managed to succeed in the economy and political undertaking in Malaya. Thus, being a minority group of immigrants did not hinder the Hadhrami Arabs from prospering in Malaya and many of them were involved in trade and business ventures as well as real estate. In fact, nowadays they have become a part of the Malay community and are identified as Malays.