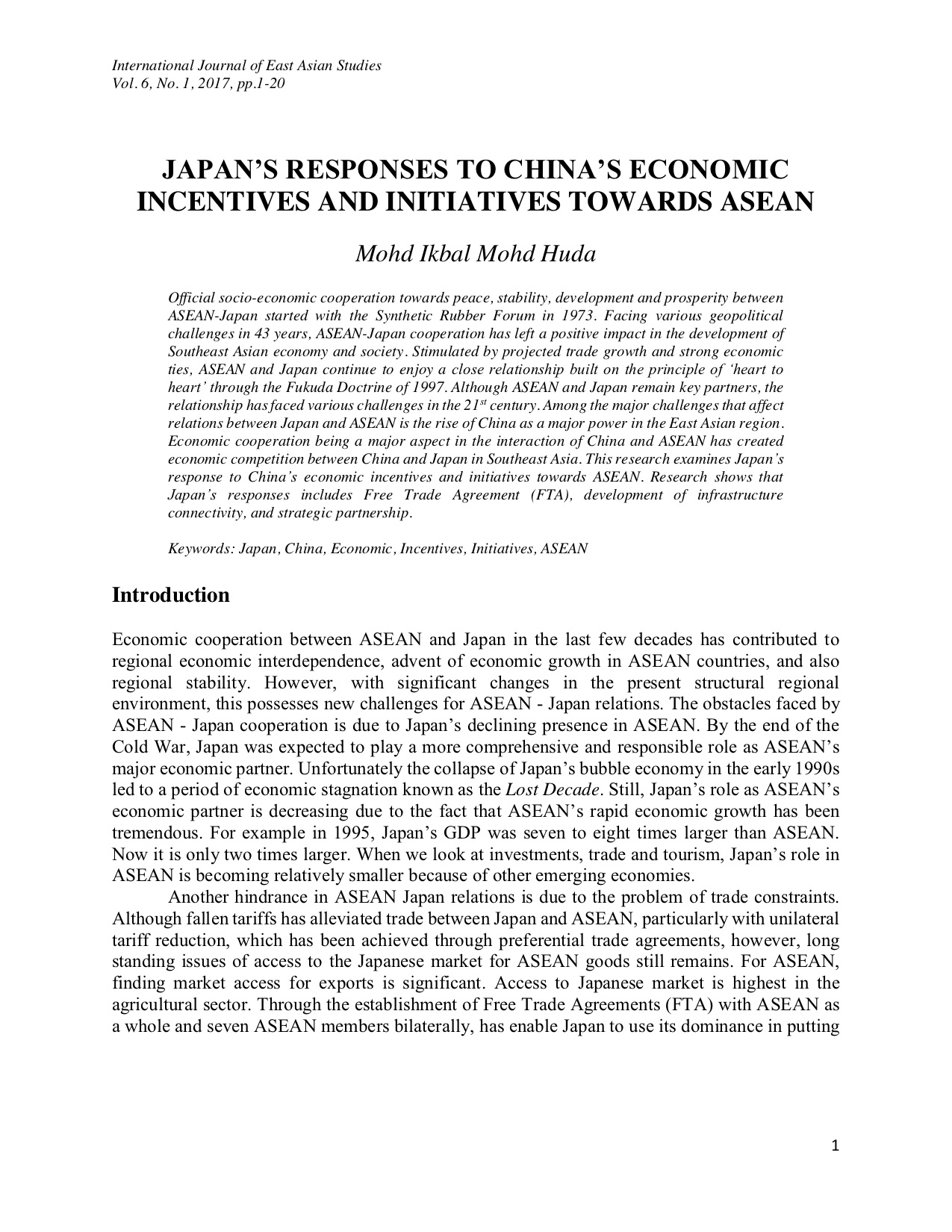 Official socio-economic cooperation towards peace, stability, development and prosperity between ASEAN-Japan started with the Synthetic Rubber Forum in 1973. Facing various geopolitical challenges in 43 years, ASEAN-Japan cooperation has left a positive impact on the development of the Southeast Asian economy and society. Stimulated by projected trade growth and strong economic ties, ASEAN and Japan continue to enjoy a close relationship built on the principle of 'heart to heart' through the Fukuda Doctrine of 1997. Although ASEAN and Japan remain, key partners, the relationship has faced various challenges in the 21st century. Among the major challenges that affect relations between Japan and ASEAN is the rise of China as a major power in the East Asian region. Economic cooperation is a major aspect in the interaction of China and ASEAN has created economic competition between China and Japan in Southeast Asia. This research examines Japan's responses to China's economic incentives and initiatives towards ASEAN. Research shows that Japan's responses include the Free Trade Agreement (FTA), development of infrastructure connectivity, and strategic partnership.