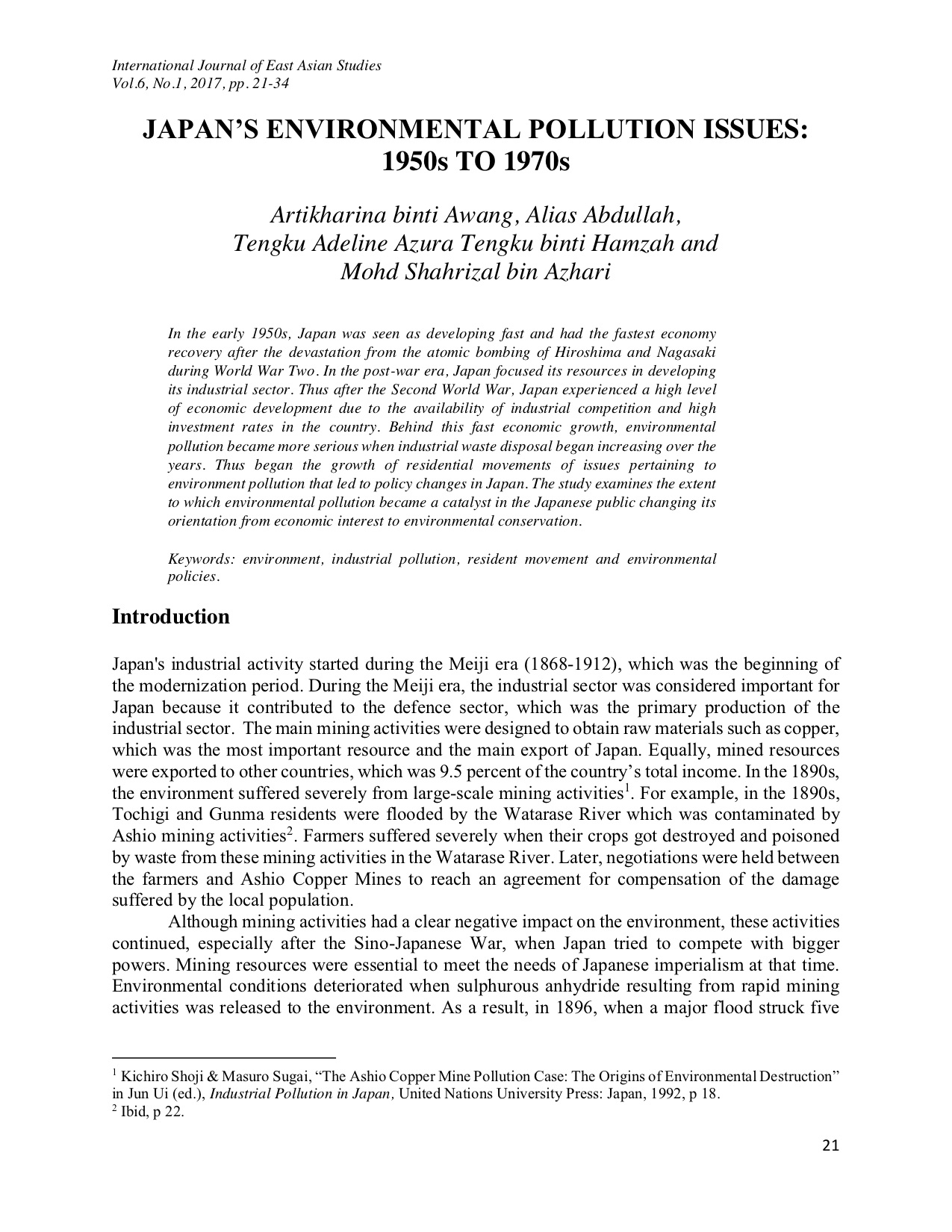 
In the early 1950s, Japan was seen as developing fast and had the fastest economy recovery after the devastation from the atomic bombing of Hiroshima and Nagasaki during World War Two. In the post-war era, Japan focused its resources on developing its industrial sector. Thus after the Second World War, Japan experienced a high level of economic development due to the availability of industrial competition and high investment rates in the country. Behind this fast economic growth, environmental pollution became more serious when industrial waste disposal began increasing over the years. Thus began the growth of residential movements of issues pertaining to environmental pollution that led to policy changes in Japan. The study examines the extent to which environmental pollution became a catalyst in the Japanese public changing its orientation from economic interest to environmental conservation.