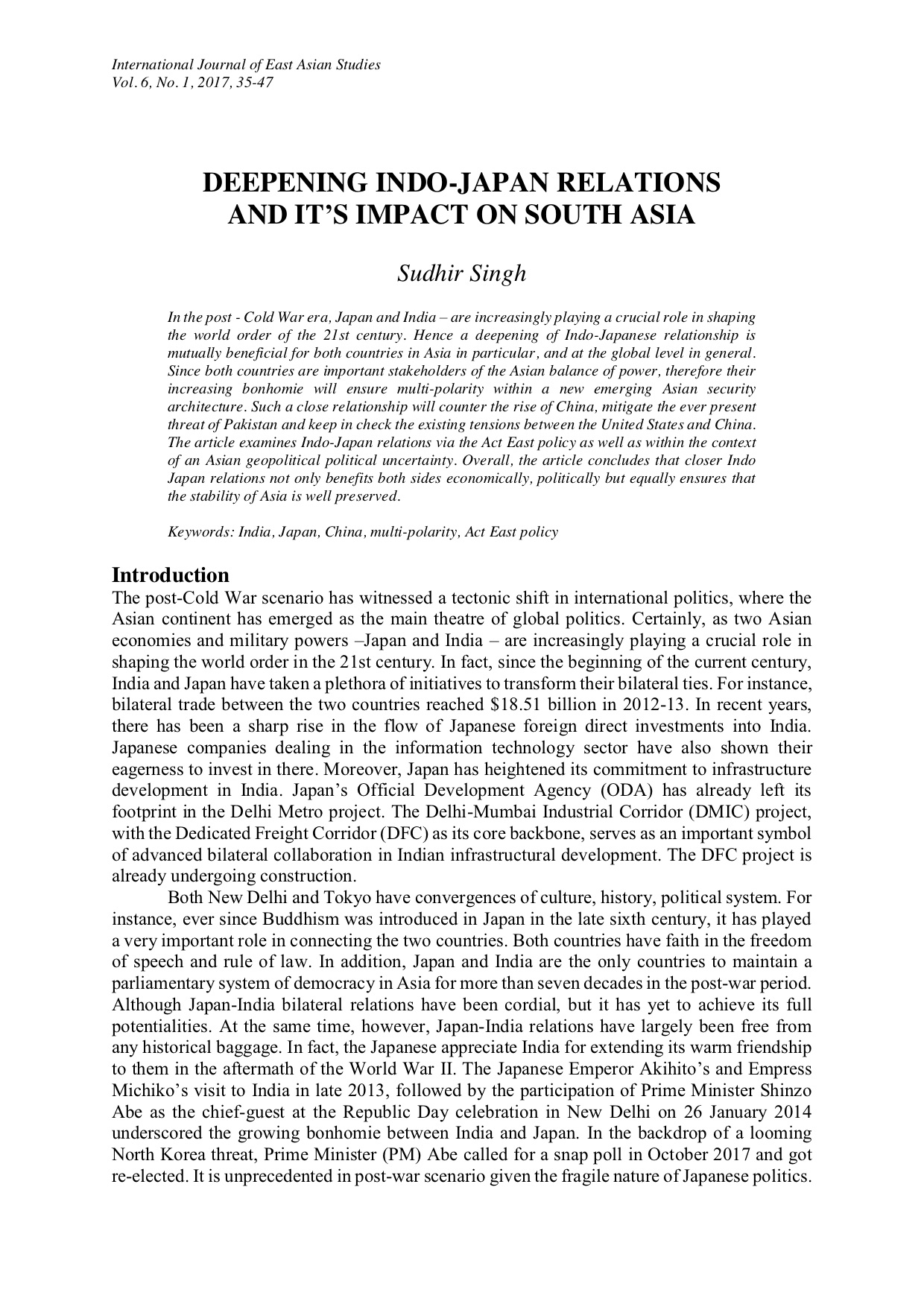 
In the post - Cold War era, Japan and India – are increasingly playing a crucial role in shaping the world order of the 21st century. Hence a deepening of Indo-Japanese relationship is mutually beneficial for both countries in Asia in particular, and at the global level in general. Since both countries are important stakeholders of the Asian balance of power, therefore their increasing bonhomie will ensure multi-polarity within a new emerging Asian security architecture. Such a close relationship will counter the rise of China, mitigate the ever-present threat of Pakistan and keep in check the existing tensions between the United States and China. The article examines Indo-Japan relations via the Act East policy as well as within the context of an Asian geopolitical political uncertainty. Overall, the article concludes that closer Indo Japan relations not only benefits both sides economically, politically but equally ensures that the stability of Asia is well preserved.