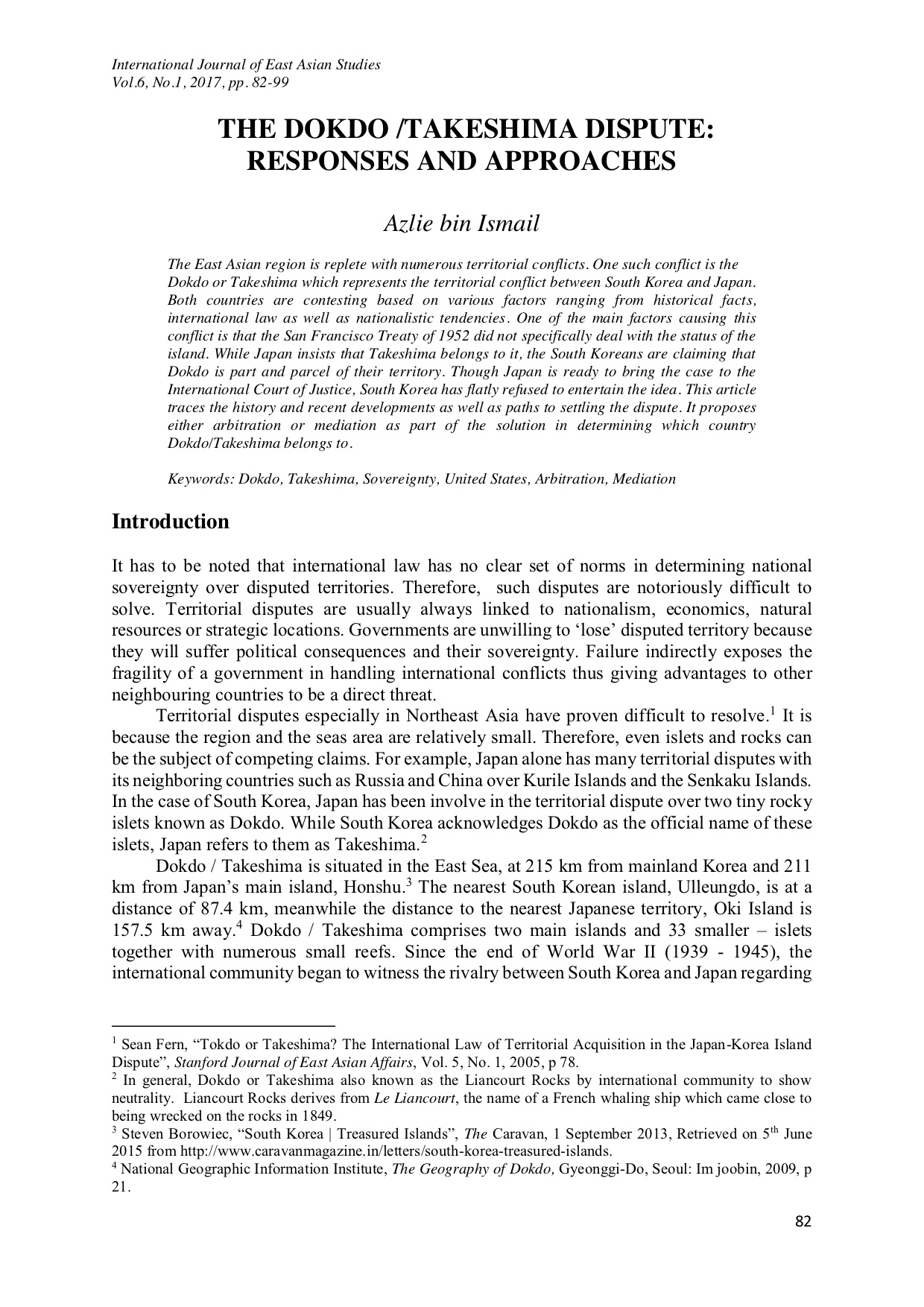 
The East Asian region is replete with numerous territorial conflicts. One such conflict is the Dokdo or Takeshima which represents the territorial conflict between South Korea and Japan. Both countries are contesting based on various factors ranging from historical facts, international law as well as nationalistic tendencies. One of the main factors causing this conflict is that the San Francisco Treaty of 1952 did not specifically deal with the status of the island. While Japan insists that Takeshima belongs to it, the South Koreans are claiming that Dokdo is part and parcel of their territory. Though Japan is ready to bring the case to the International Court of Justice, South Korea has flatly refused to entertain the idea. This article traces the history and recent developments as well as paths to settling the dispute. It proposes either arbitration or mediation as part of the solution in determining which country Dokdo/Takeshima belongs to.