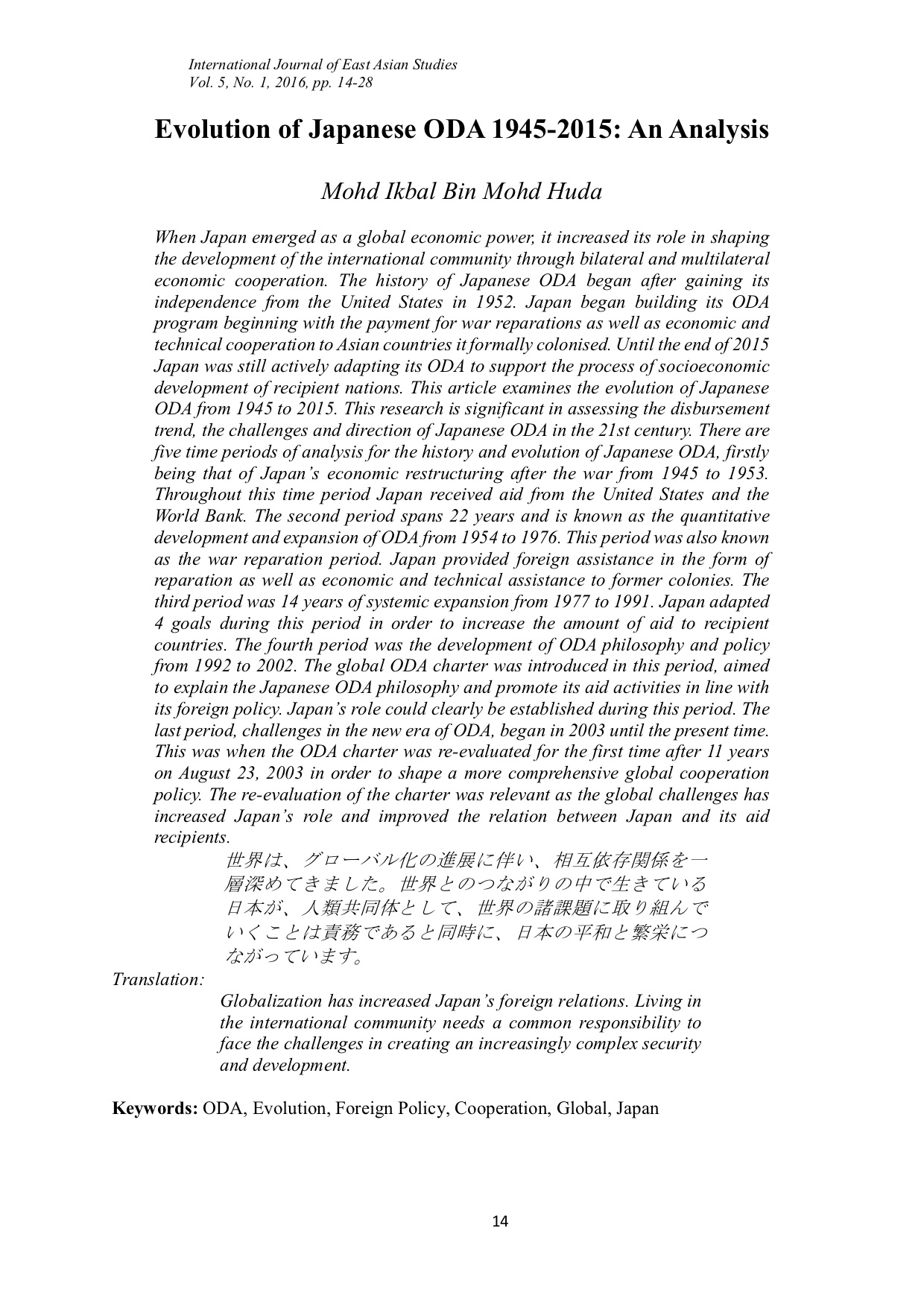 
When Japan emerged as a global economic power, it increased its role in shaping the development of the international community through bilateral and multilateral economic cooperation. The history of Japanese ODA began after gaining its independence from the United States in 1952. Japan began building its ODA program beginning with the payment for war reparations as well as economic and technical cooperation to Asian countries it formally colonised. Until the end of 2015, Japan was still actively adapting its ODA to support the process of socioeconomic development of recipient nations. This article examines the evolution of Japanese ODA from 1945 to 2015. This research is significant in assessing the disbursement trend, the challenges and direction of Japanese ODA in the 21st century. There are five time periods of analysis for the history and evolution of Japanese ODA, firstly being that of Japan’s economic restructuring after the war from 1945 to 1953. Throughout this time period, Japan received aid from the United States and the World Bank. The second period spans 22 years and is known as the quantitative development and expansion of ODA from 1954 to 1976. This period was also known as the war reparation period. Japan provided foreign assistance in the form of reparation as well as economic and technical assistance to former colonies. The third period was 14 years of systemic expansion from 1977 to 1991. Japan adapted 4 goals during this period in order to increase the amount of aid to recipient countries. The fourth period was the development of ODA philosophy and policy from 1992 to 2002. The global ODA charter was introduced in this period, aimed to explain the Japanese ODA philosophy and promote its aid activities in line with its foreign policy. Japan’s role could clearly be established during this period. The last period, challenges in the new era of ODA, began in 2003 until the present time. This was when the ODA charter was re-evaluated for the first time after 11 years on August 23, 2003, in order to shape a more comprehensive global cooperation policy. The re-evaluation of the charter was relevant as the global challenges have increased Japan’s role and improved the relation between Japan and its aid recipients.