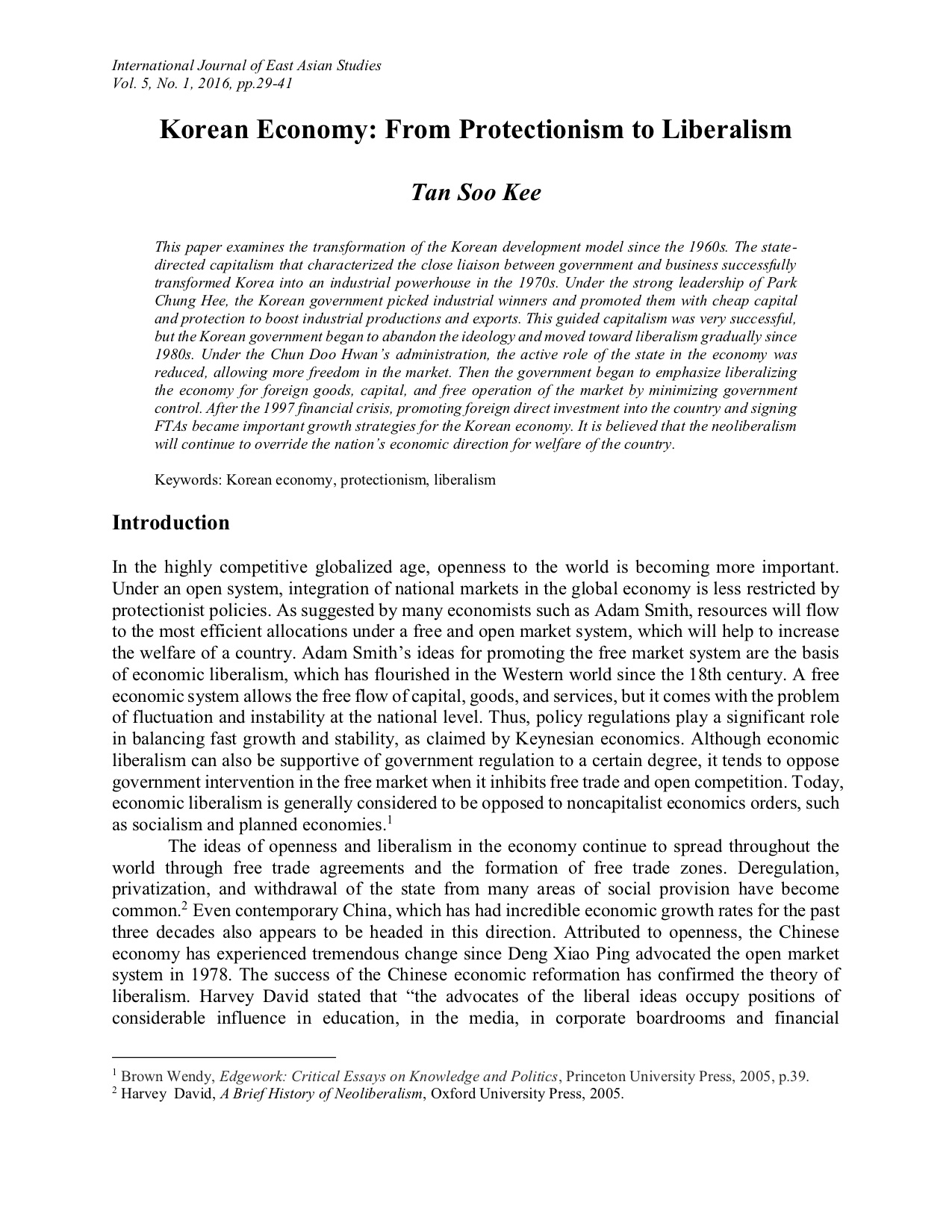 
This paper examines the transformation of the Korean development model since the 1960s. The state- directed capitalism that characterized the close liaison between government and business successfully transformed Korea into an industrial powerhouse in the 1970s. Under the strong leadership of Park Chung Hee, the Korean government picked industrial winners and promoted them with cheap capital and protection to boost industrial productions and exports. This guided capitalism was very successful, but the Korean government began to abandon the ideology and moved toward liberalism gradually since the 1980s. Under the Chun Doo Hwan’s administration, the active role of the state in the economy was reduced, allowing more freedom in the market. Then the government began to emphasize liberalizing the economy for foreign goods, capital, and free operation of the market by minimizing government control. After the 1997 financial crisis, promoting foreign direct investment into the country and signing FTAs became important growth strategies for the Korean economy. It is believed that the neoliberalism will continue to override the nation’s economic direction for the welfare of the country.