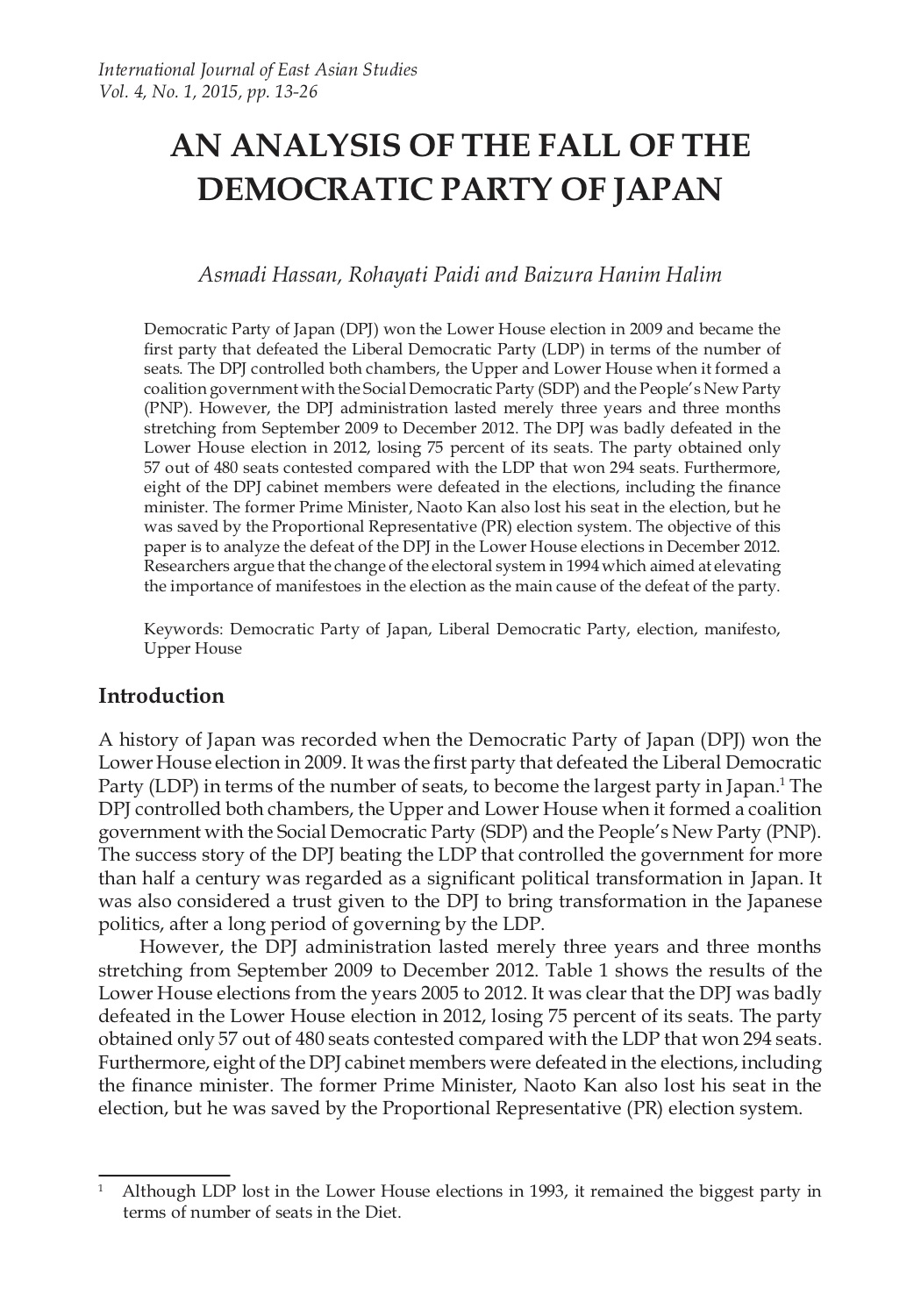 
Democratic Party of Japan (DPJ) won the Lower House election in 2009 and became the first party that defeated the Liberal Democratic Party (LDP) in terms of the number of seats. The DPJ controlled both chambers, the Upper and Lower House when it formed a coalition government with the Social Democratic Party (SDP) and the People’s New Party (PNP). However, the DPJ administration lasted merely three years and three months stretching from September 2009 to December 2012. The DPJ was badly defeated in the Lower House election in 2012, losing 75 percent of its seats. The party obtained only 57 out of 480 seats contested compared with the LDP that won 294 seats. Furthermore, eight of the DPJ cabinet members were defeated in the elections, including the finance minister. The former Prime Minister, Naoto Kan also lost his seat in the election, but he was saved by the Proportional Representative (PR) election system. The objective of this paper is to analyze the defeat of the DPJ in the Lower House elections in December 2012. Researchers argue that the change of the electoral system in 1994 which aimed at elevating the importance of manifestoes in the election as the main cause of the defeat of the party.