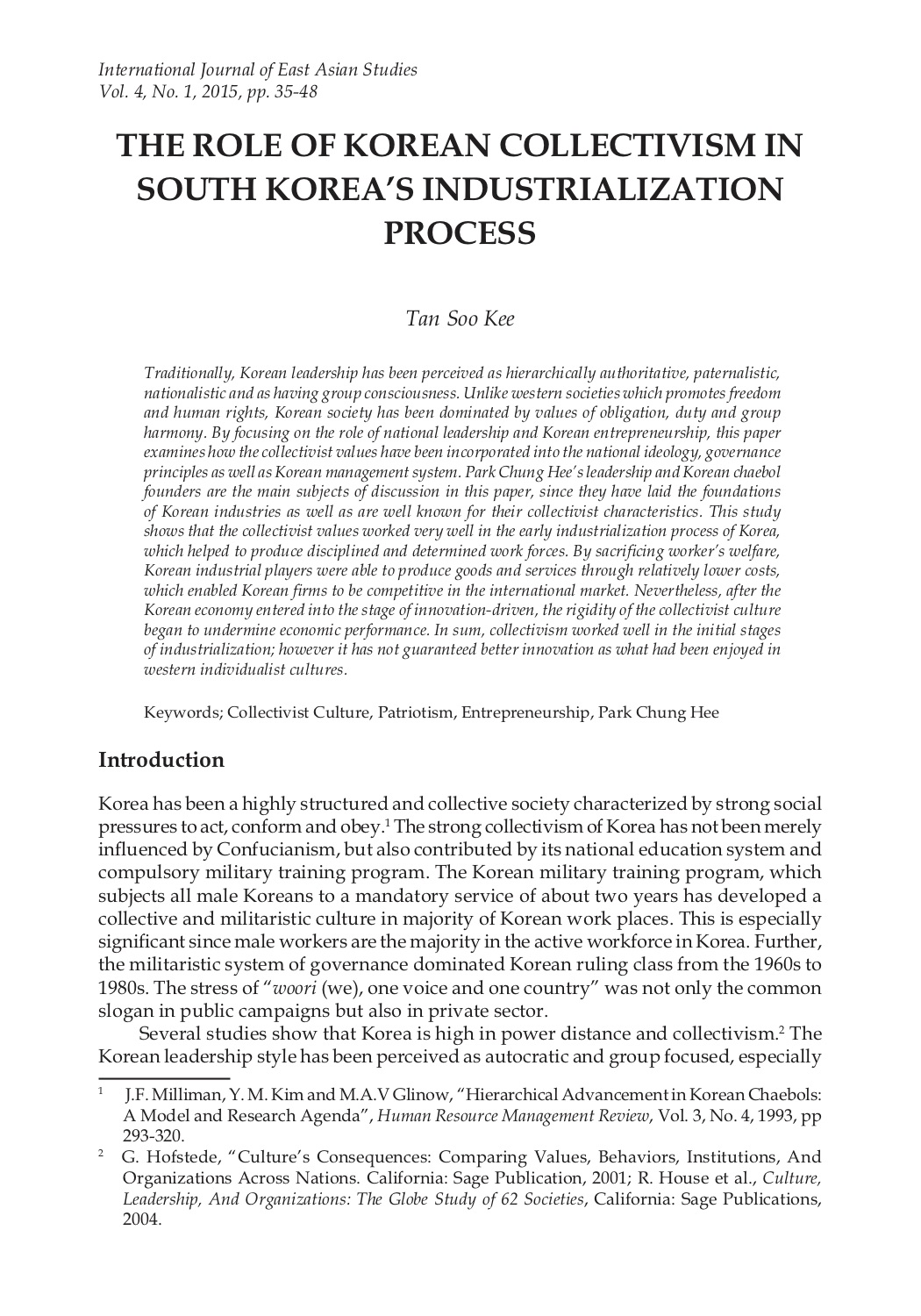 
Traditionally, Korean leadership has been perceived as hierarchically authoritative, paternalistic, nationalistic and as having group consciousness. Unlike western societies which promotes freedom and human rights, Korean society has been dominated by values of obligation, duty and group harmony. By focusing on the role of national leadership and Korean entrepreneurship, this paper examines how the collectivist values have been incorporated into the national ideology, governance principles as well as the Korean management system. Park Chung Hee’s leadership and Korean chaebol founders are the main subjects of discussion in this paper since they have laid the foundations of Korean industries as well as are well known for their collectivist characteristics. This study shows that the collectivist values worked very well in the early industrialization process of Korea, which helped to produce disciplined and determined workforces. Korean industrial players were able to produce goods and services through relatively lower costs, which enabled Korean firms to be competitive in the international market. Nevertheless, after the Korean economy entered into the stage of innovation-driven, the rigidity of the collectivist culture began to undermine economic performance. In sum, collectivism worked well in the initial stages of industrialization; however, it has not guaranteed better innovation as what had been enjoyed in western individualist cultures.