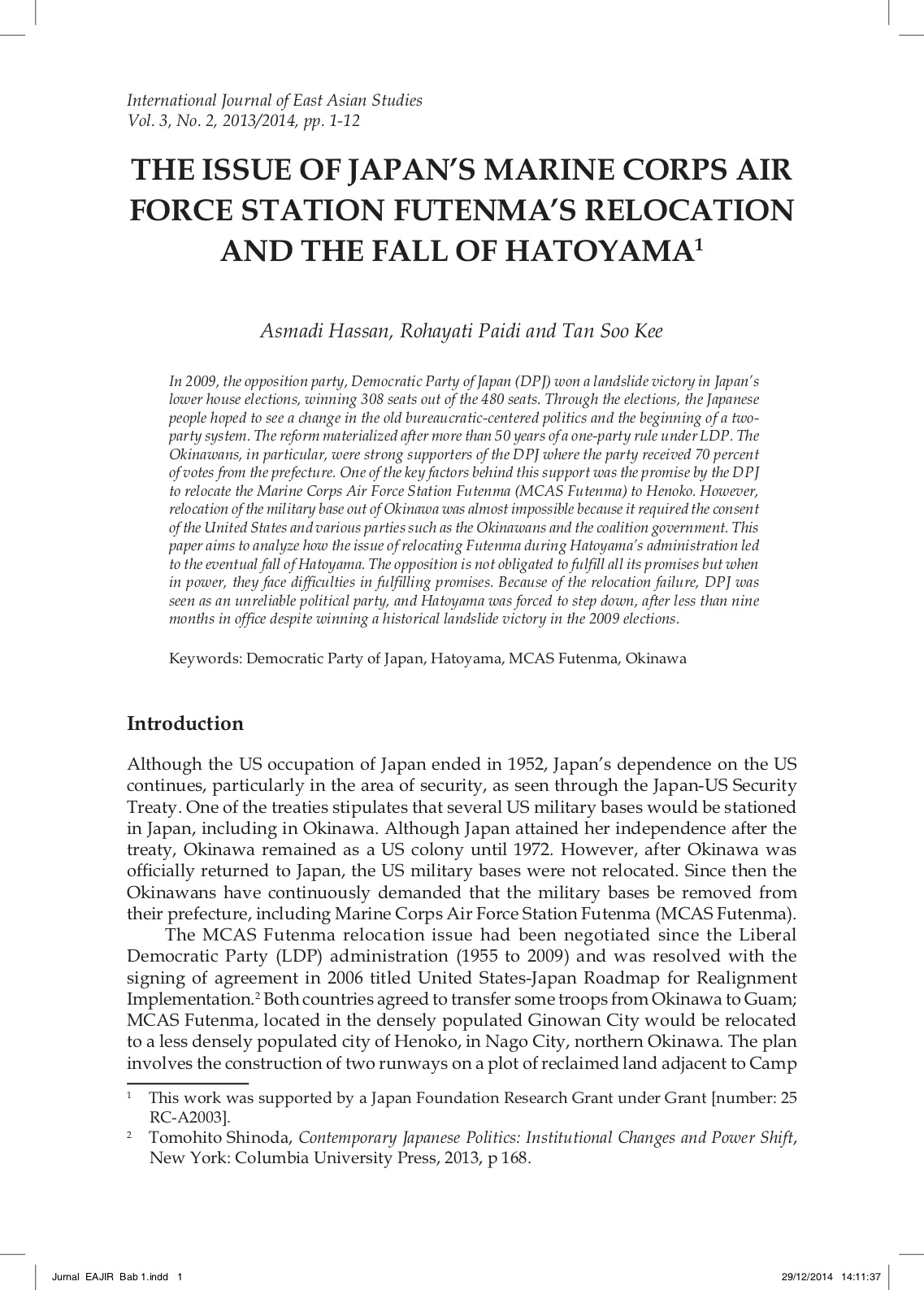 
In 2009, the opposition party, Democratic Party of Japan (DPJ) won a landslide victory in Japan’s lower house elections, winning 308 seats out of the 480 seats. Through the elections, the Japanese people hoped to see a change in the old bureaucratic-centred politics and the beginning of a two-party system. The reform materialized after more than 50 years of a one-party rule under LDP. The Okinawans, in particular, were strong supporters of the DPJ where the party received 70 percent of votes from the prefecture. One of the key factors behind this support was the promise by the DPJ to relocate the Marine Corps Air Force Station Futenma (MCAS Futenma) to Henoko. However, relocation of the military base out of Okinawa was almost impossible because it required the consent of the United States and various parties such as the Okinawans and the coalition government. This paper aims to analyze how the issue of relocating Futenma during Hatoyama’s administration led to the eventual fall of Hatoyama. The opposition is not obligated to fulfil all its promises but when in power, they face difficulties in fulfilling promises. Because of the relocation failure, DPJ was seen as an unreliable political party, and Hatoyama was forced to step down, after less than nine months in office despite winning a historical landslide victory in the 2009 election.