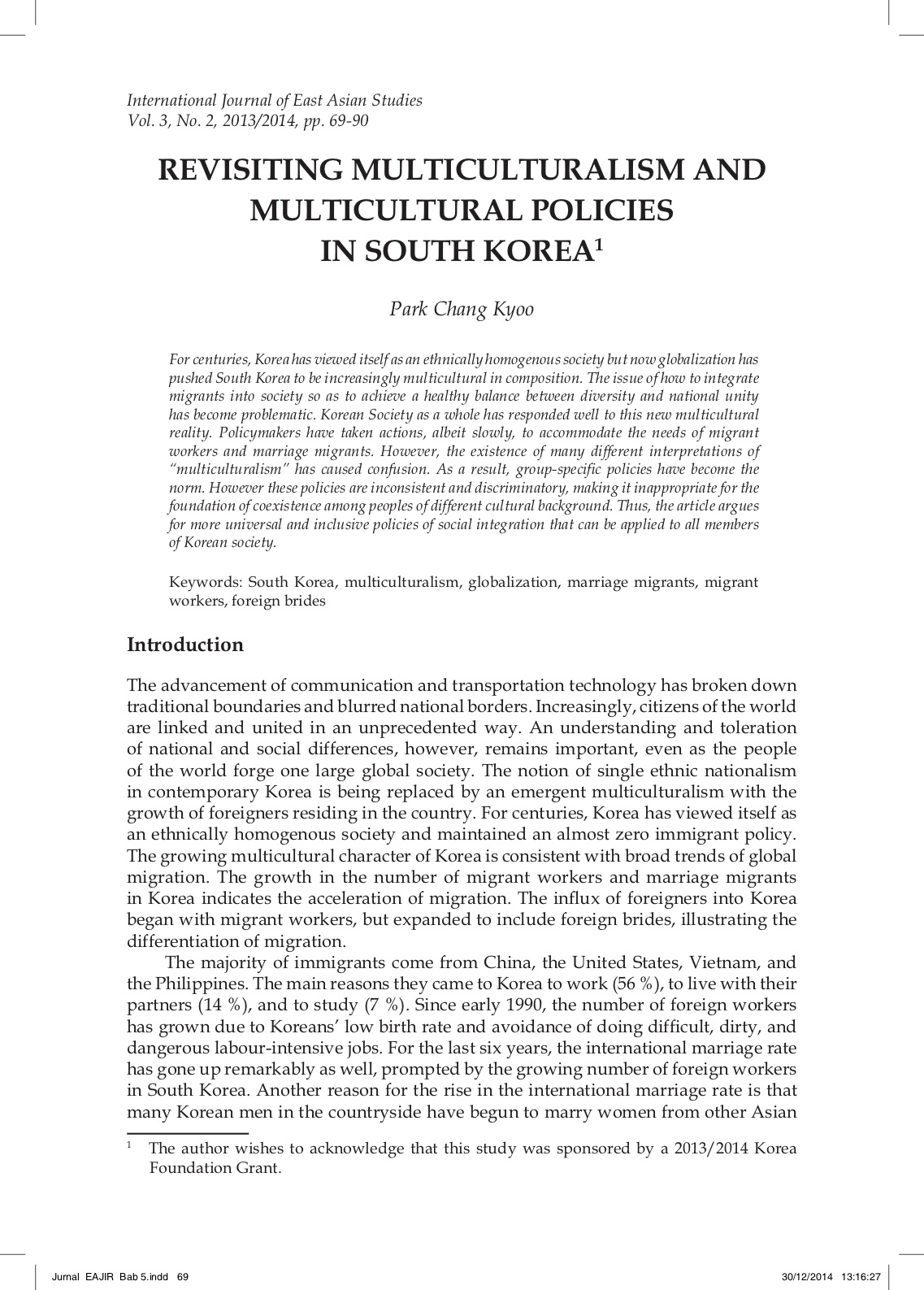 
For centuries, Korea has viewed itself as an ethnically homogenous society but now globalization has pushed South Korea to be increasingly multicultural in composition. The issue of how to integrate migrants into society so as to achieve a healthy balance between diversity and national unity has become problematic. Korean Society as a whole has responded well to this new multicultural reality. Policymakers have taken actions, albeit slowly, to accommodate the needs of migrant workers and marriage migrants. However, the existence of many different interpretations of "multiculturalism" has caused confusion. As a result, group-specific policies have become the norm. However these policies are inconsistent and discriminatory, making it inappropriate for the foundation of coexistence among peoples of different cultural background. Thus, the article argues for more universal and inclusive policies of social integration that can be applied to all members of Korean society.