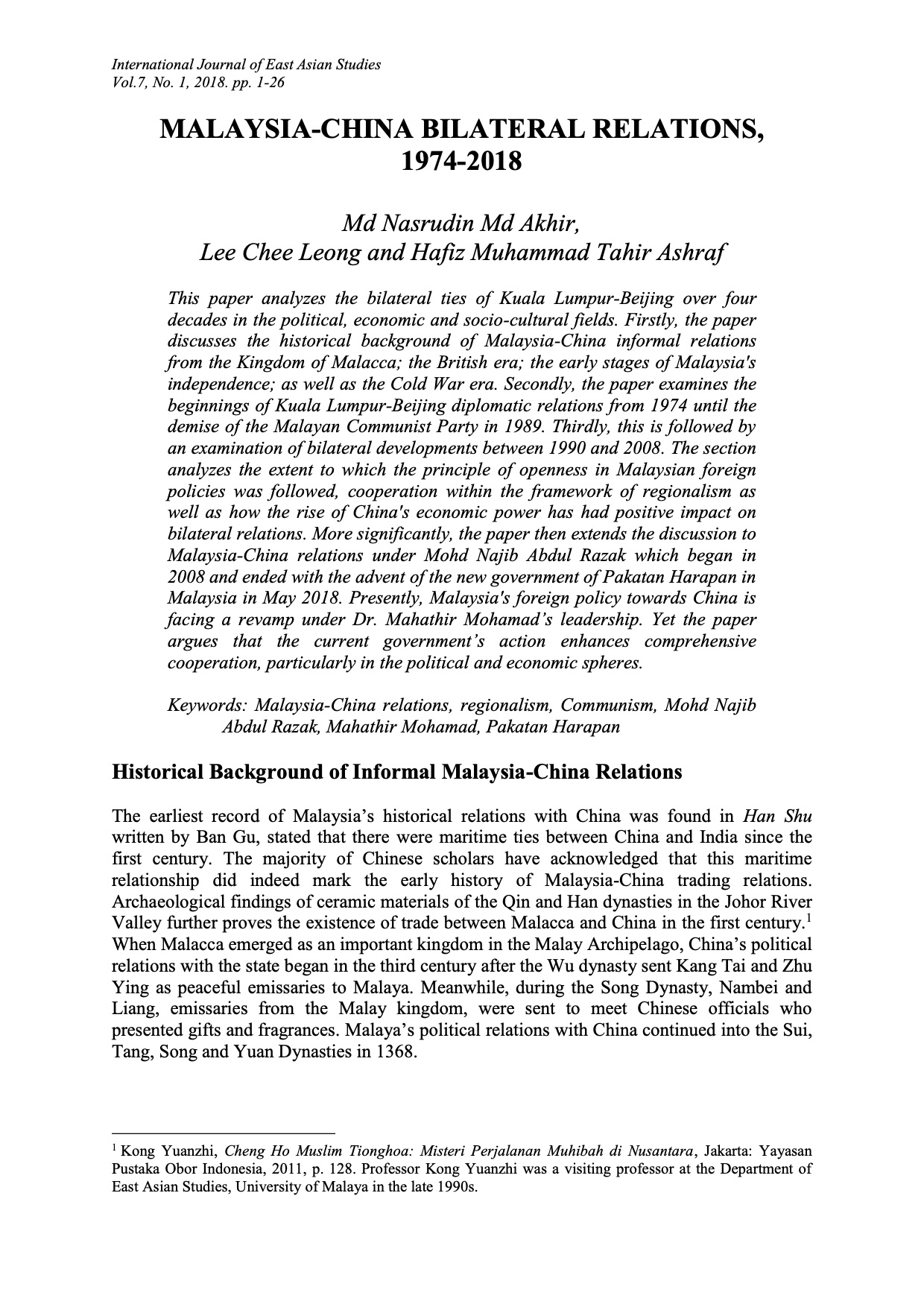 This paper analyzes the bilateral ties of Kuala Lumpur-Beijing over four decades in the political, economic and socio-cultural fields. Firstly, the paper discusses the historical background of Malaysia-China informal relations from the Kingdom of Malacca; the British era; the early stages of Malaysia's independence; as well as the Cold War era. Secondly, the paper examines the beginnings of Kuala Lumpur-Beijing diplomatic relations from 1974 until the demise of the Malayan Communist Party in 1989. Thirdly, this is followed by an examination of bilateral developments between 1990 and 2008. The section analyzes the extent to which the principle of openness in Malaysian foreign policies was followed, cooperation within the framework of regionalism as well as how the rise of China's economic power has had a positive impact on bilateral relations. More significantly, the paper then extends the discussion to Malaysia-China relations under Mohd Najib Abdul Razak which began in 2008 and ended with the advent of the new government of Pakatan Harapan in Malaysia in May 2018. Presently, Malaysia's foreign policy towards China is facing a revamp under Dr. Mahathir Mohamad’s leadership. Yet the paper argues that the current government’s action enhances comprehensive cooperation, particularly in the political and economic spheres.