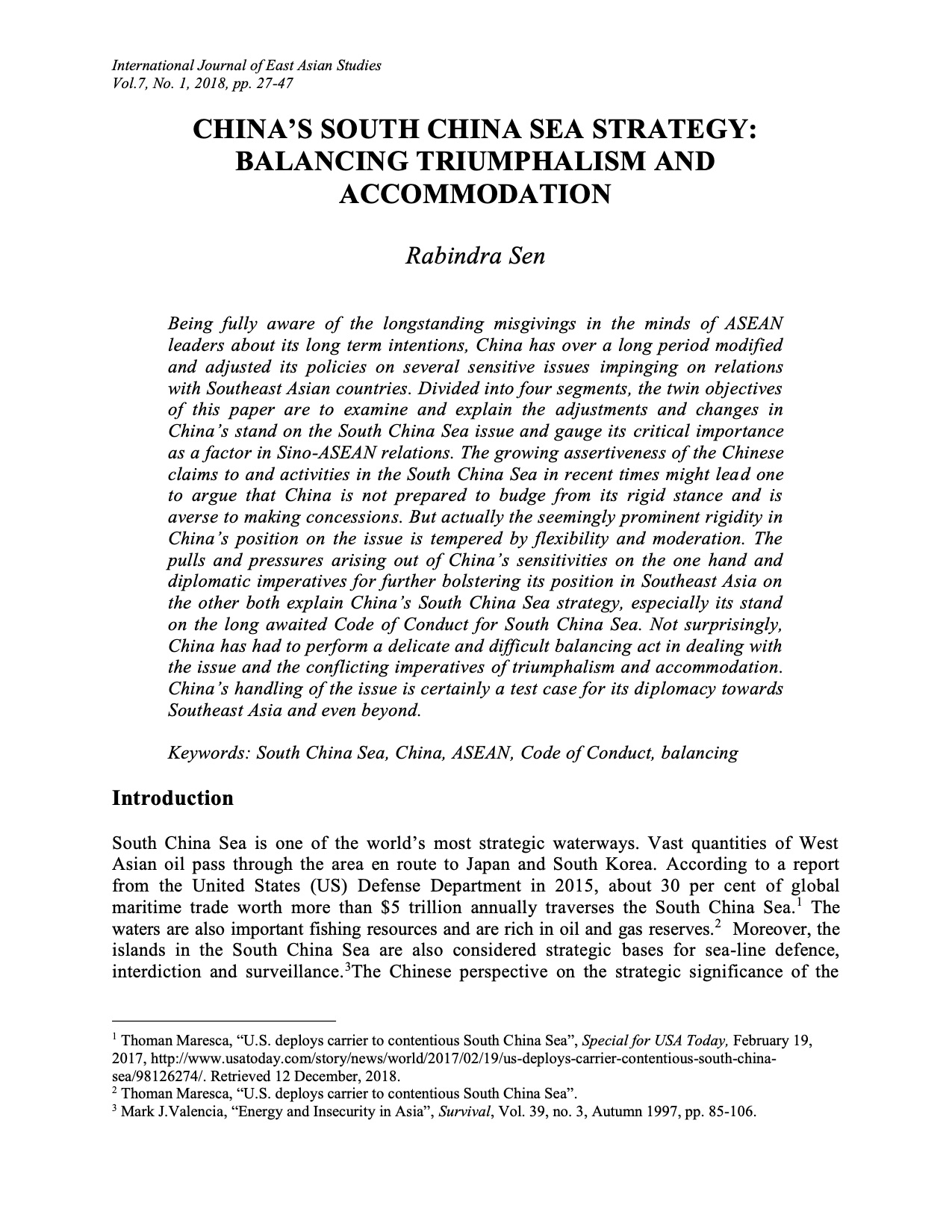 Being fully aware of the longstanding misgivings in the minds of ASEAN leaders about its long term intentions, China has over a long period modified and adjusted its policies on several sensitive issues impinging on relations with Southeast Asian countries. Divided into four segments, the twin objectives of this paper are to examine and explain the adjustments and changes in China’s stand on the South China Sea issue and gauge its critical importance as a factor in Sino-ASEAN relations. The growing assertiveness of the Chinese claims to and activities in the South China Sea in recent times might lead one to argue that China is not prepared to budge from its rigid stance and is averse to making concessions. But actually the seemingly prominent rigidity in China’s position on the issue is tempered by flexibility and moderation. The pulls and pressures arising out of China’s sensitivities on the one hand and diplomatic imperatives for further bolstering its position in Southeast Asia on the other both explain China’s South China Sea strategy, especially its stand on the long-awaited Code of Conduct for the South China Sea. Not surprisingly, China has had to perform a delicate and difficult balancing act in dealing with the issue and the conflicting imperatives of triumphalism and accommodation. China’s handling of the issue is certainly a test case for its diplomacy towards Southeast Asia and even beyond.