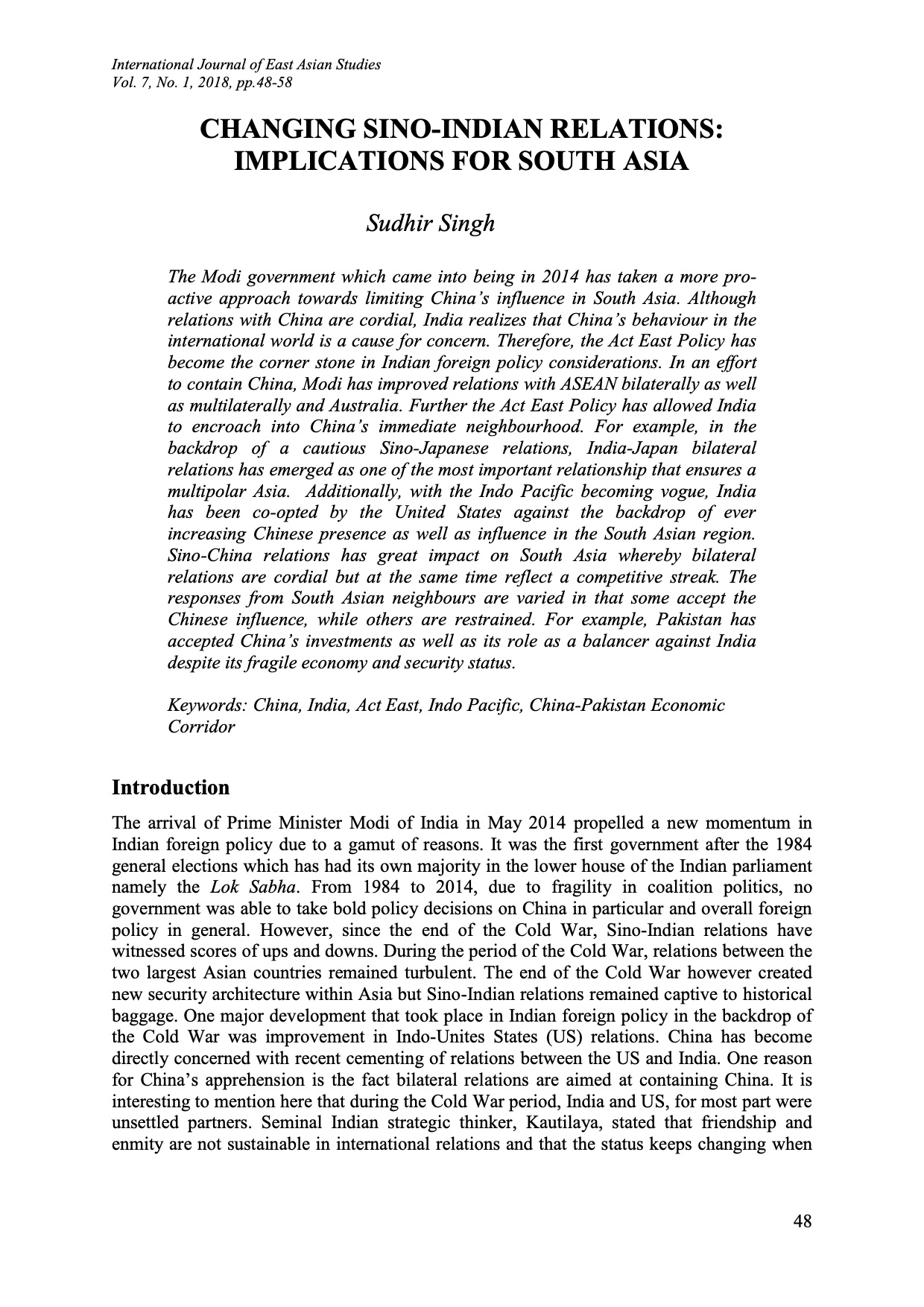 The Modi government which came into being in 2014 has taken a more pro-active approach towards limiting China’s influence in South Asia. Although relations with China are cordial, India realizes that China’s behaviour in the international world is a cause for concern. Therefore, the Act East Policy has become the corner stone in Indian foreign policy considerations. In an effort to contain China, Modi has improved relations with ASEAN bilaterally as well as multilaterally and Australia. Further the Act East Policy has allowed India to encroach into China’s immediate neighbourhood. For example, in the backdrop of cautious Sino-Japanese relations, India-Japan bilateral relations has emerged as one of the most important relationships that ensures a multipolar Asia. Additionally, with the Indo Pacific becoming vogue, India has been co-opted by the United States against the backdrop of ever increasing Chinese presence as well as influence in the South Asian region. Sino-China relations have a great impact on South Asia whereby bilateral relations are cordial but at the same time reflect a competitive streak. The responses from South Asian neighbours are varied in that some accept the Chinese influence, while others are restrained. For example, Pakistan has accepted China’s investments as well as its role as a balancer against India despite its fragile economy and security status.