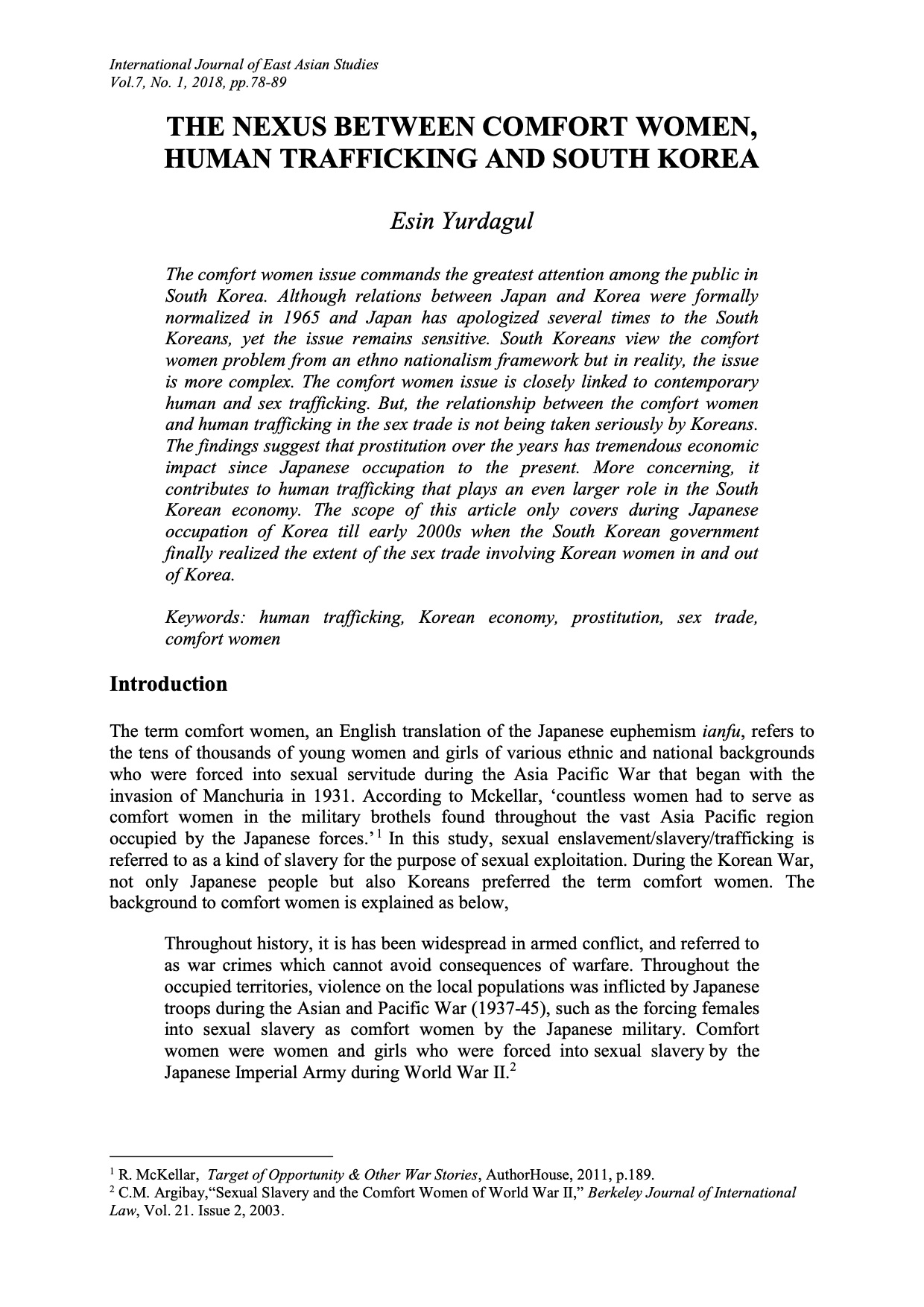 The comfort women issue commands the greatest attention among the public in South Korea. Although relations between Japan and Korea were formally normalized in 1965 and Japan has apologized several times to the South Koreans, yet the issue remains sensitive. South Koreans view the comfort women problem from an ethnonationalism framework but in reality, the issue is more complex. The comfort women issue is closely linked to contemporary human and sex trafficking. But, the relationship between the comfort women and human trafficking in the sex trade is not being taken seriously by Koreans. The findings suggest that prostitution over the years has a tremendous economic impact since Japanese occupation to the present. More concerning, it contributes to human trafficking that plays an even larger role in the South Korean economy. The scope of this article only covers during the Japanese occupation of Korea till the early 2000s when the South Korean government finally realized the extent of the sex trade involving Korean women in and out of Korea.