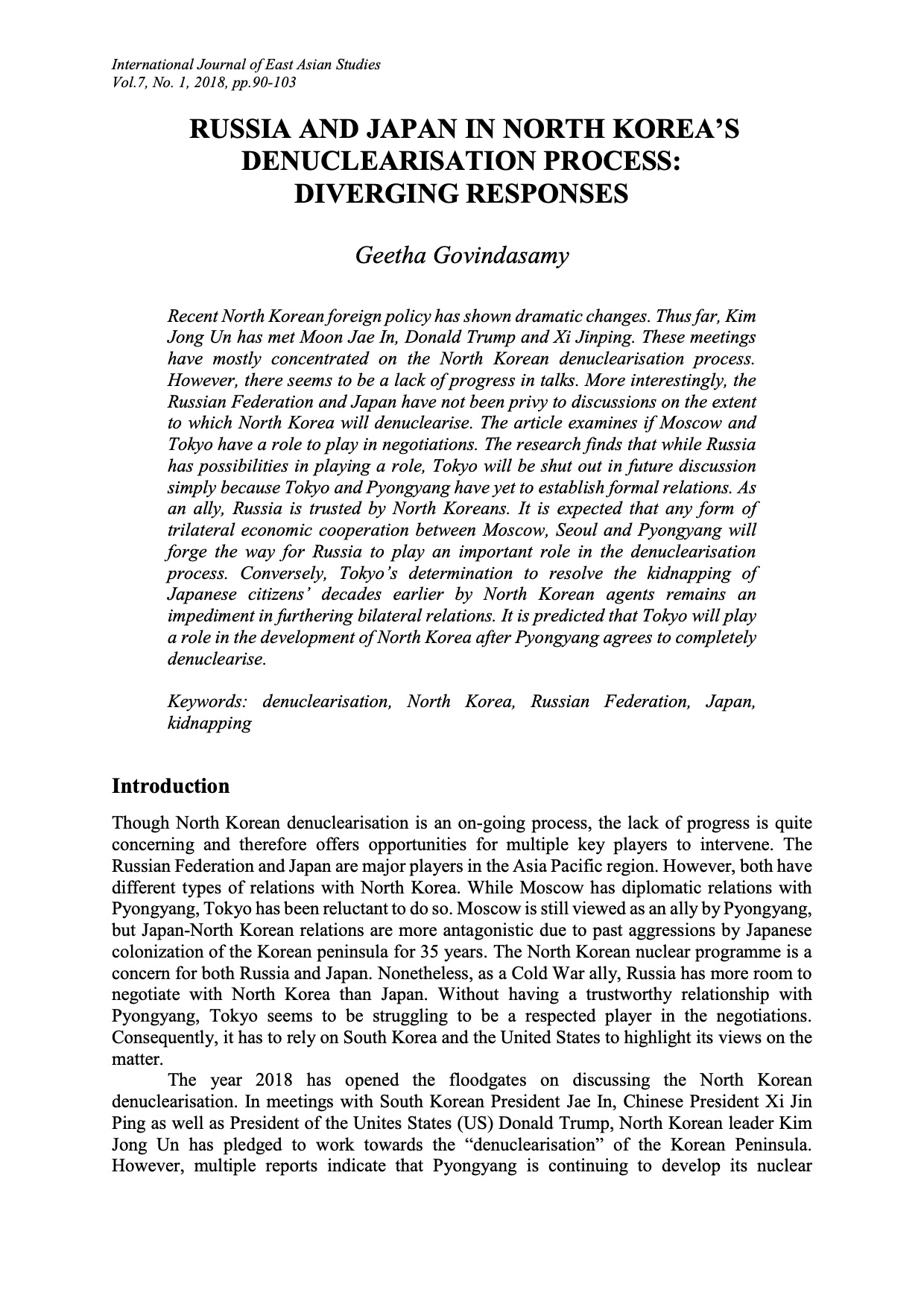 Recent North Korean foreign policy has shown dramatic changes. Thus far, Kim Jong Un has met Moon Jae In, Donald Trump and Xi Jinping. These meetings have mostly concentrated on the North Korean denuclearisation process. However, there seems to be a lack of progress in talks. More interestingly, the Russian Federation and Japan have not been privy to discussions on the extent to which North Korea will denuclearise. The article examines if Moscow and Tokyo have a role to play in negotiations. The research finds that while Russia has possibilities in playing a role, Tokyo will be shut out in future discussion simply because Tokyo and Pyongyang have yet to establish formal relations. As an ally, Russia is trusted by North Koreans. It is expected that any form of trilateral economic cooperation between Moscow, Seoul and Pyongyang will forge the way for Russia to play an important role in the denuclearisation process. Conversely, Tokyo’s determination to resolve the kidnapping of Japanese citizens’ decades earlier by North Korean agents remains an impediment in furthering bilateral relations. It is predicted that Tokyo will play a role in the development of North Korea after Pyongyang agrees to completely denuclearise.