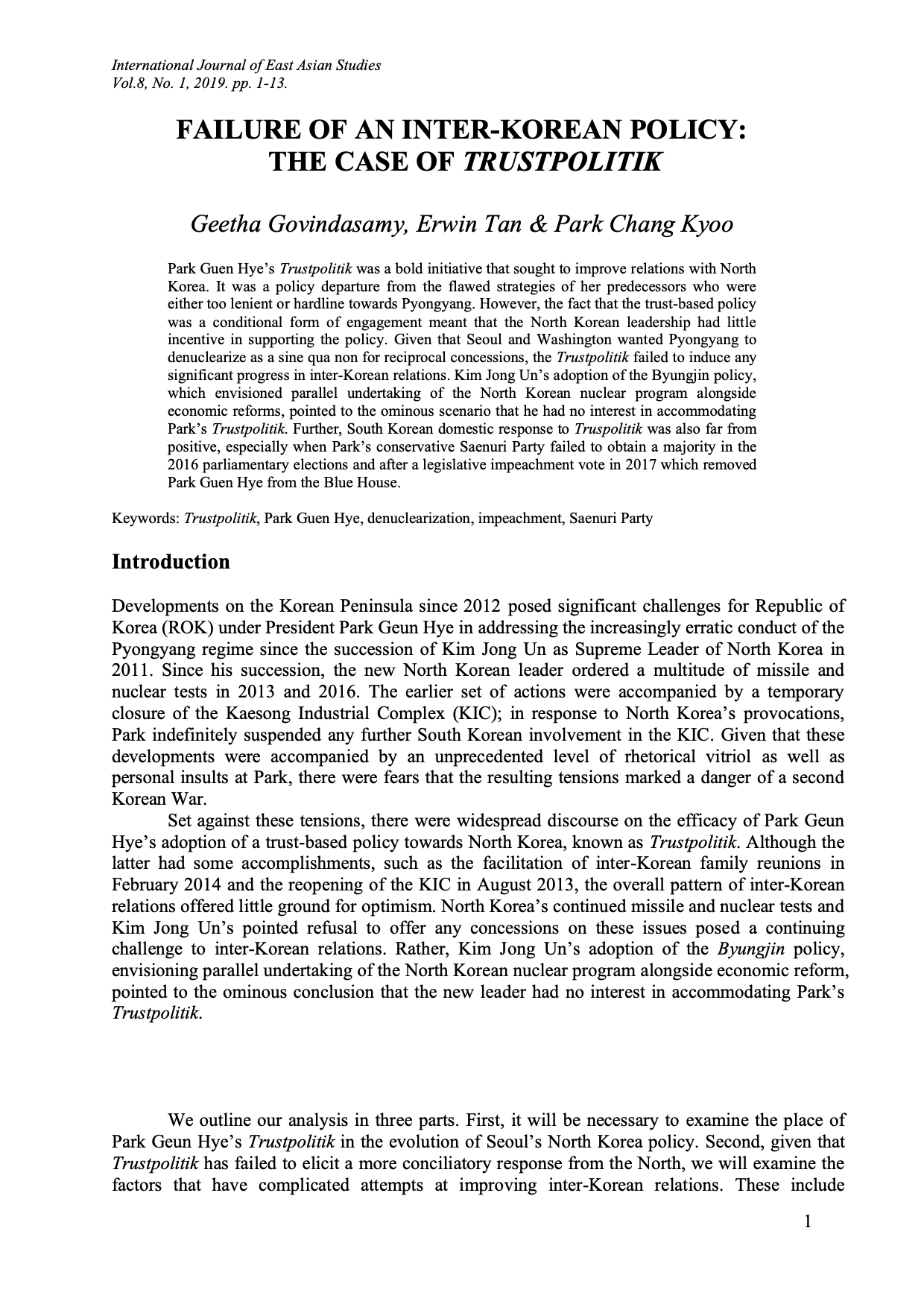 Park Guen Hye’s Trustpolitik was a bold initiative that seeks to improve relations with North Korea. It was a policy departure from the flawed strategies of her predecessors who were either too lenient or hardline towards Pyongyang. However, the fact that the trust-based policy was a conditional form of engagement meant that the North Korean leadership had a little incentive in supporting the policy. Given that Seoul and Washington wanted Pyongyang to denuclearize as a sine qua non for reciprocal concessions, the Trustpolitik failed to induce any significant progress in inter-Korean relations. Kim Jong Un’s adoption of the Byungjin policy, which envisioned parallel undertaking of the North Korean nuclear program alongside economic reforms, pointed to the ominous scenario that he had no interest in accommodating Park’s Trustpolitik. Further, South Korean domestic response to Truspolitik was also far from positive, especially when Park’s conservative Saenuri Party failed to obtain a majority in the 2016 parliamentary elections and after a legislative impeachment vote in 2017 which removed Park Guen Hye from the Blue House.