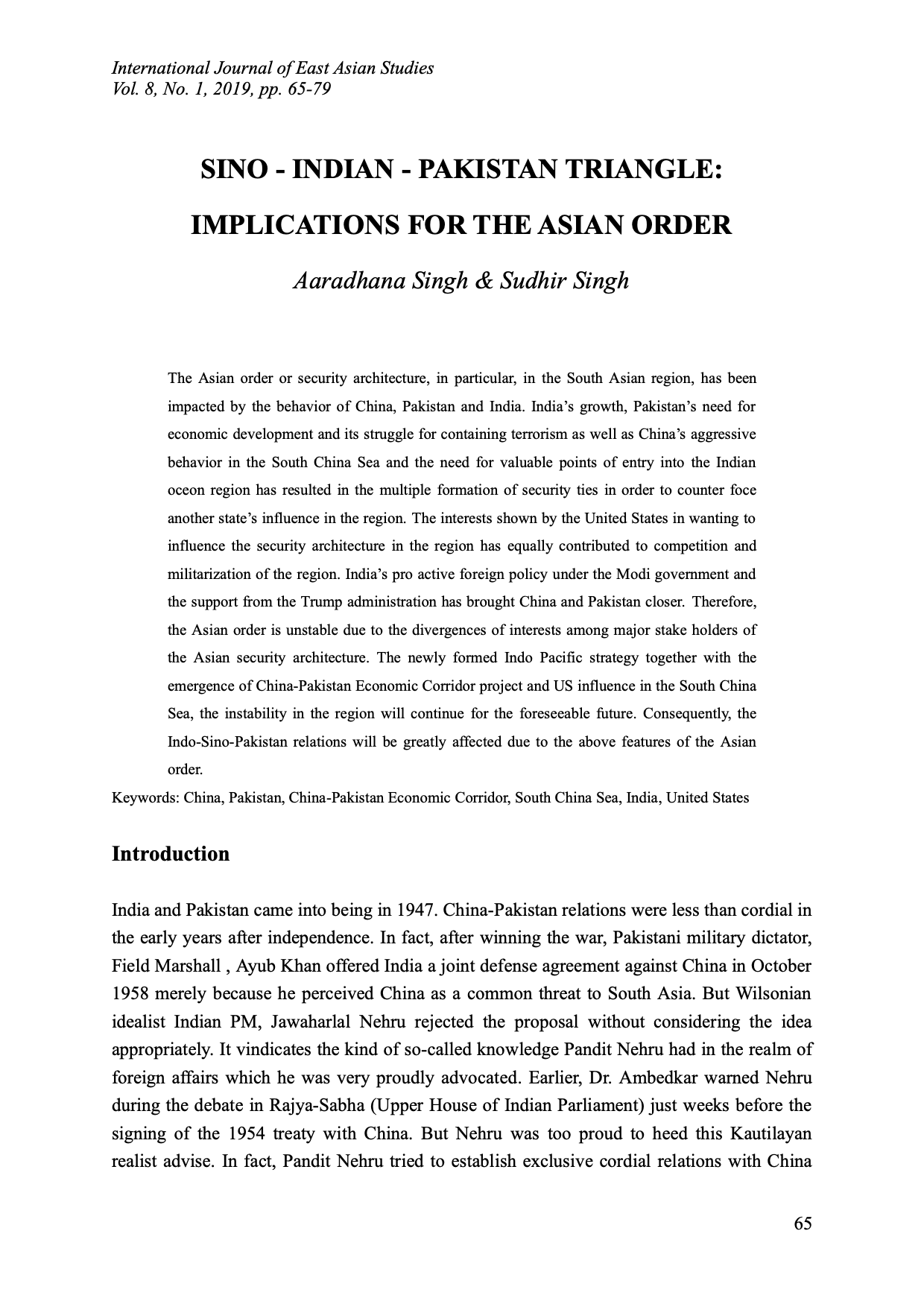 The Asian order or security architecture, in particular, in the South Asian region, has been impacted by the behaviour of China, Pakistan and India. India’s growth, Pakistan’s need for economic development and its struggle for containing terrorism as well as China’s aggressive behaviour in the South China Sea and the need for valuable points of entry into the Indian Ocean region has resulted in the multiple formations of security ties in order to counter force another state’s influence in the region. The interests shown by the United States in wanting to influence the security architecture in the region has equally contributed to competition and militarization of the region. India’s proactive foreign policy under the Modi government and the support from the Trump administration has brought China and Pakistan closer. Therefore, the Asian order is unstable due to the divergences of interests among major stakeholders of the Asian security architecture. The newly formed Indo Pacific strategy together with the emergence of the China-Pakistan Economic Corridor project and US influence in the South China Sea, the instability in the region will continue for the foreseeable future. Consequently, the Indo-Sino-Pakistan relations will be greatly affected due to the above features of the Asian order.