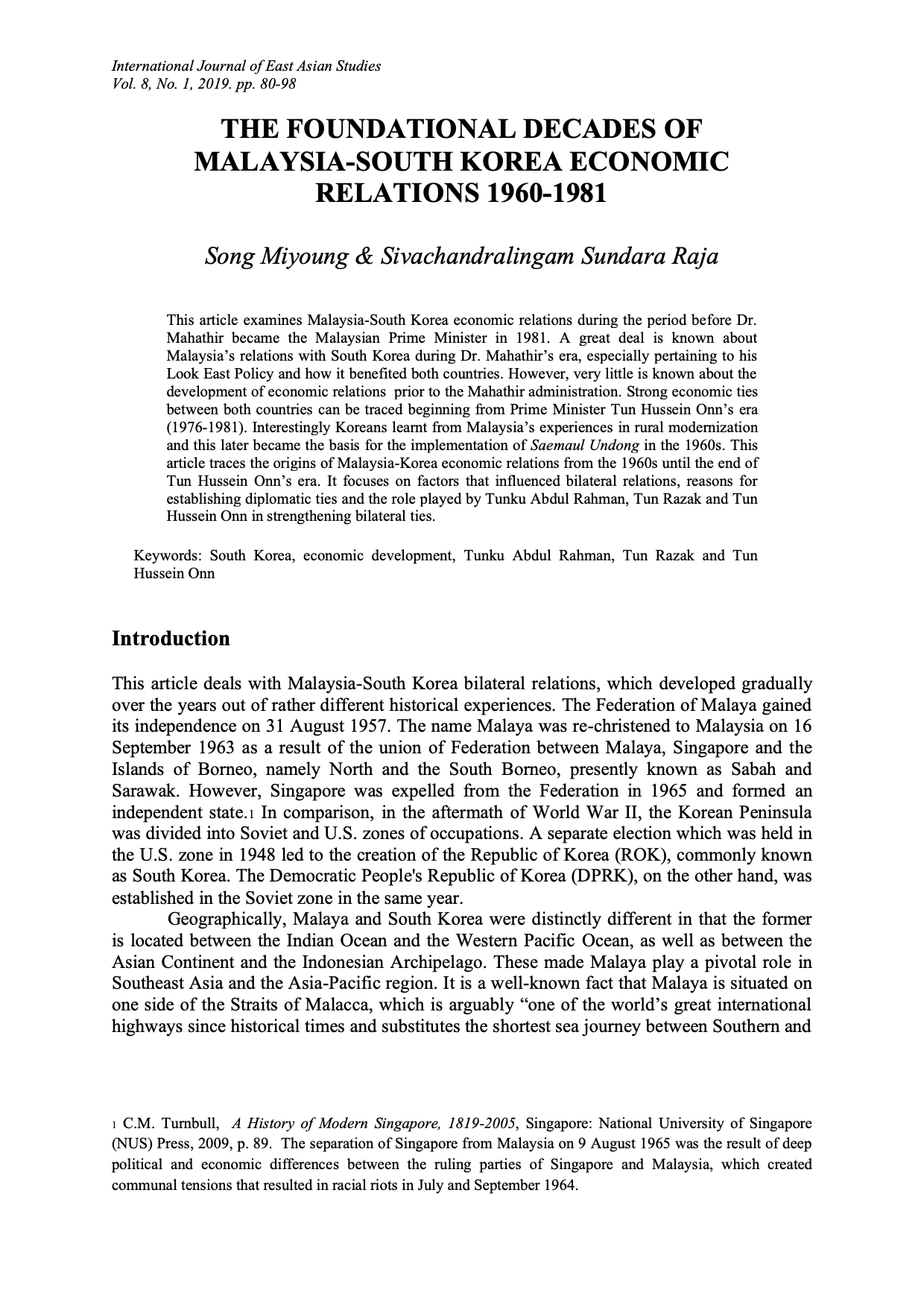 This article examines Malaysia-South Korea economic relations during the period before Dr. Mahathir became the Malaysian Prime Minister in 1981. A great deal is known about Malaysia’s relations with South Korea during Dr. Mahathir’s era, especially pertaining to his Look East Policy and how it benefited both countries. However, very little is known about the development of economic relations prior to the Mahathir administration. Strong economic ties between both countries can be traced beginning from Prime Minister Tun Hussein Onn’s era (1976-1981). Interestingly Koreans learnt from Malaysia’s experiences in rural modernization and this later became the basis for the implementation of Saemaul Undong in the 1960s. This article traces the origins of Malaysia-Korea economic relations from the 1960s until the end of Tun Hussein Onn’s era. It focuses on factors that influenced bilateral relations, reasons for establishing diplomatic ties and the role played by Tunku Abdul Rahman, Tun Razak and Tun Hussein Onn in strengthening bilateral ties.