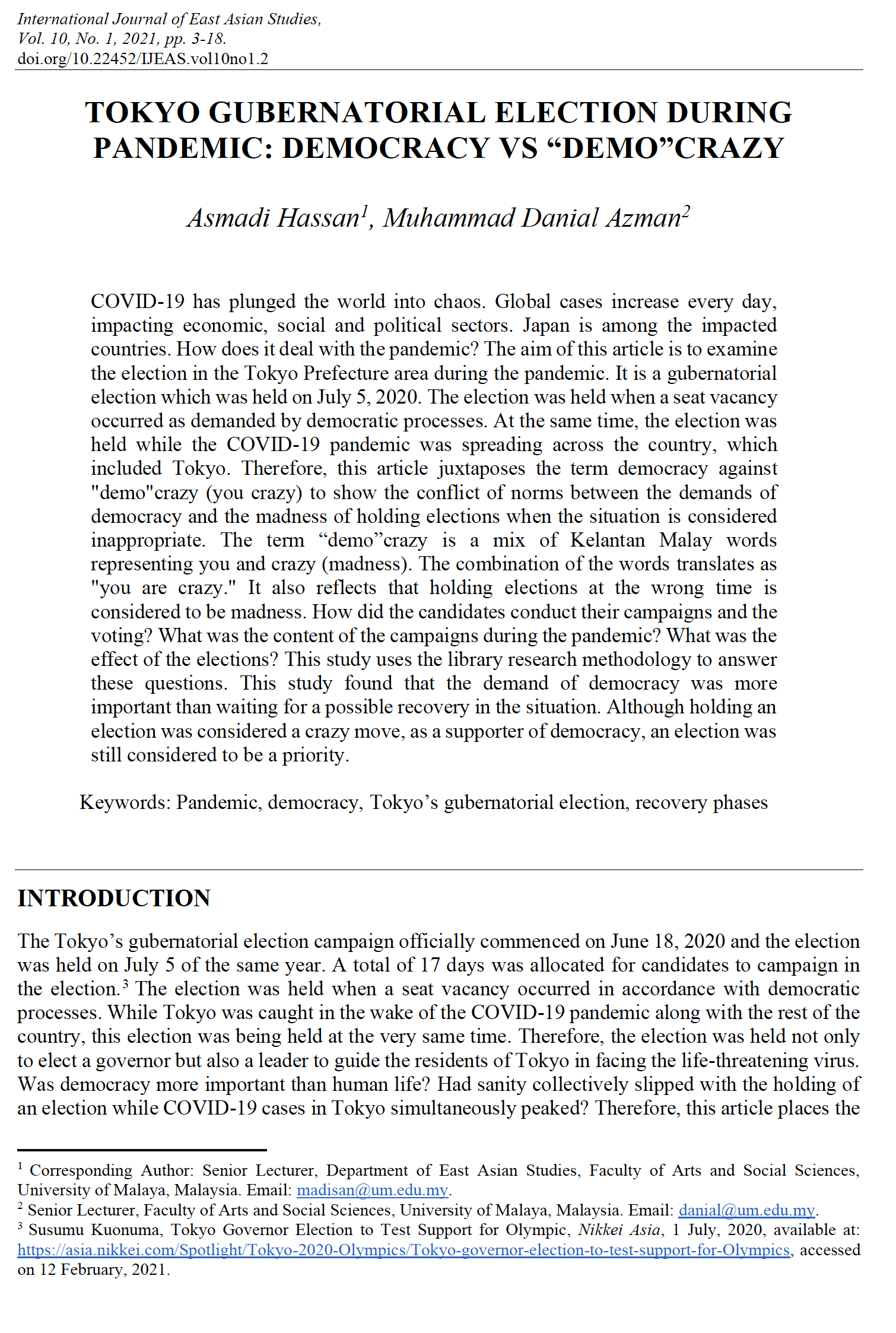 COVID-19 has plunged the world into chaos. Global cases increase every day, impacting economic, social and political sectors. Japan is among the impacted countries. How does it deal with the pandemic? The aim of this article is to examine the election in the Tokyo Prefecture area during the pandemic. It is a gubernatorial election that was held on July 5, 2020. The election was held when a seat vacancy occurred as demanded by democratic processes. At the same time, the election was held while the COVID-19 pandemic was spreading across the country, which included Tokyo. Therefore, this article juxtaposes the term democracy against "demo"crazy (you crazy) to show the conflict of norms between the demands of democracy and the madness of holding elections when the situation is considered inappropriate. The term “demo”crazy is a mix of Kelantan Malay words representing you and crazy (madness). The combination of the words translates as "you are crazy." It also reflects that holding elections at the wrong time is considered to be madness. How did the candidates conduct their campaigns and the voting? What was the content of the campaigns during the pandemic? What was the effect of the elections? This study uses the library research methodology to answer these questions. This study found that the demand for democracy was more important than waiting for a possible recovery in the situation. Although holding an election was considered a crazy move, as a supporter of democracy, an election was still considered to be a priority.