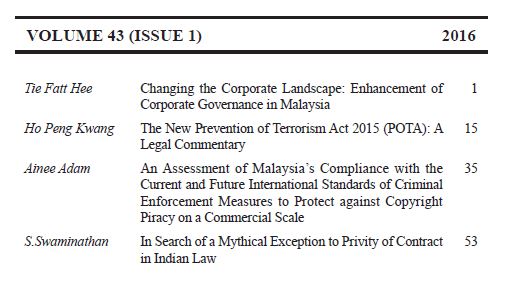 The Journal of Malaysian and Comparative Law (JMCL) is a refereed journal published annually by the Faculty of Law of the University of Malaya. It began publication in 1974 with two issues a year, in June and in December. The JMCL accepts and publishes contributions from scholars all over the world. Its articles, in English reflect its dual character as a Malaysian and comparative law journal. Its subject matter and contents, wide-ranging in character, reflect a bias towards Malaysian and Asian laws.