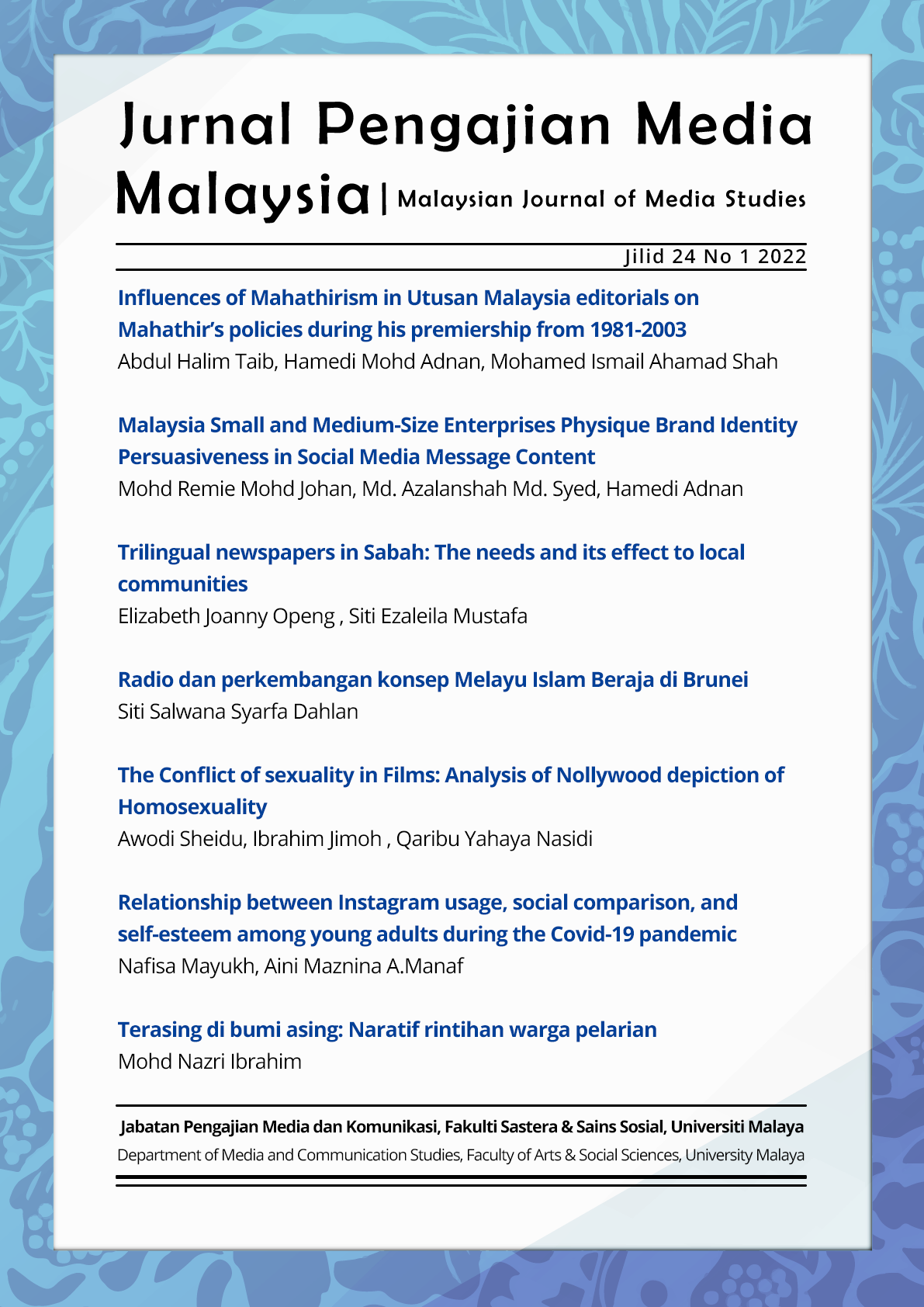 The state of the local press industry in Sabah, Malaysia, pioneered by trilingual newspapers such as Daily Express, New Sabah Times, and Borneo Post, seems to be losing ground when they stop or reduce their Kadazandusun sections due to a major financial crisis. Therefore, this study will examine its needs and their effect on the local communities in Sabah.  Results of the study found that trilingual newspapers in Sabah play an important role in both the political aspects and the local wisdom of the state of Sabah. In addition, this study also draws attention that the use of the standard Kadazandusun language in Sabah local newspapers affects the inter-ethnic relations of the Kadazandusun community itself.