TAXATION: A VERITABLE INSTRUMENT FOR THE COERCED PROLETARIANIZATION OF THE BEROM PEOPLE OF NORTHERN NIGERIA, 1902-1960

The pre-colonial Berom societies were peaceful, self-reliant and self-sustaining. They are blessed with huge deposits of natural resources i.e. tin ore, columbite, wolfram and tantalite. Taxation was alien and non-existent in the pre-colonial Berom societies. It was introduced and imposed by the British colonial government after the conquest and subjugation of the Berom people. This conquest and subjugation began in the year 1902 and successfully opened up Berom land for the commencement of an era of expansive and intensive tin mining activities. The colonial administration and mining activities came to an end on 1st October, 1960 with the attainment of political independence by Nigeria. This article examines the use of taxation as a strategy that was adopted by the British colonial government to coerce the Berom people to the tin fields and supply the necessary and indispensable labour-force that was in high demand. The pre-colonial Berom people practiced subsistence agriculture as the main-stay of their economy and did not possess the requisite skills needed for commercial and modern techniques of tin mining activities. Hence they were employed as un-skilled labour-force. They were paid stipend in the form of wages which they used for the payment of the heavy taxation imposed on them by the British colonial government, and for the sustenance of their livelihood. These wages were very meagre and had dire consequences. It resulted into massive impoverishment of the people and relegated them to a life of hunger and penury. 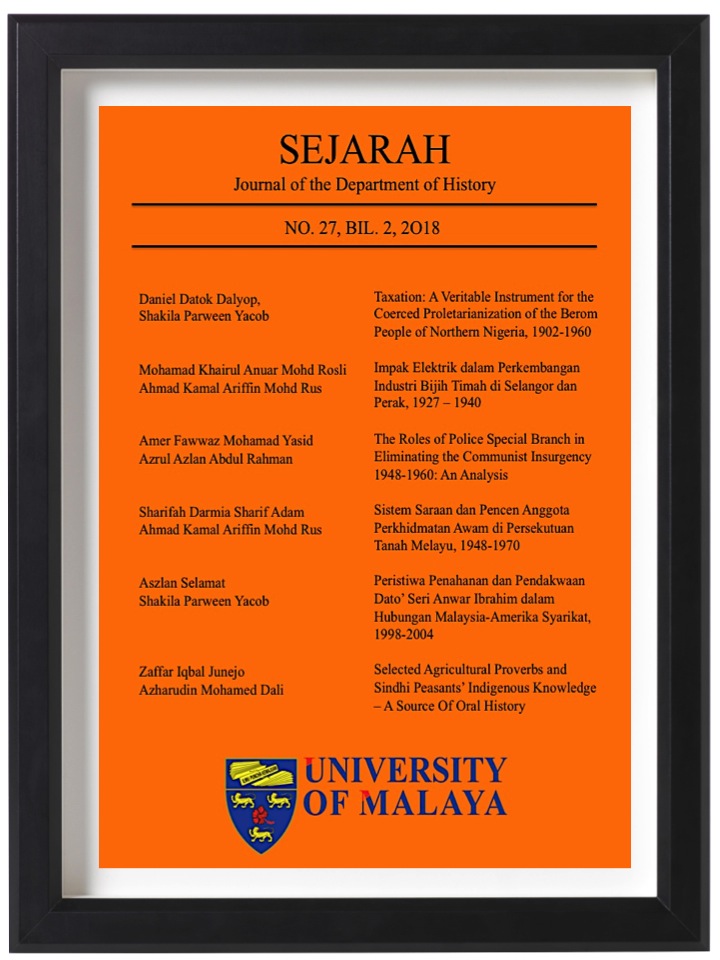