This article examines the formation of the Home Guard during the Emergency in Malaya.
Soon after the Second World War, Malaya faced another serious conflict which was an
enternal conflict. The Malayan Communist Party set out to destabilize the country through an around revolt such as attacked the civilians and security forces, destroyed the rubber estate and mining areas, burned the buses, destroyed railways and so forth. The British declared an Emergency to facilitate action againts the Malayan Communist Party. The Home Guard was set up in Malaya to boost local defences which it was made up of local residents from different ethnics such as Malay, Chinese and Indian. They helped to safeguard villages, towns, rubber estates, resettlement areas and new villages from communist's threat. Together with security forces, they also carried out patrol and investigation routines. This article examine the origin of the Home Guard as well as duties, contributions, membership and military exercises of the force and consider it's development during this period. 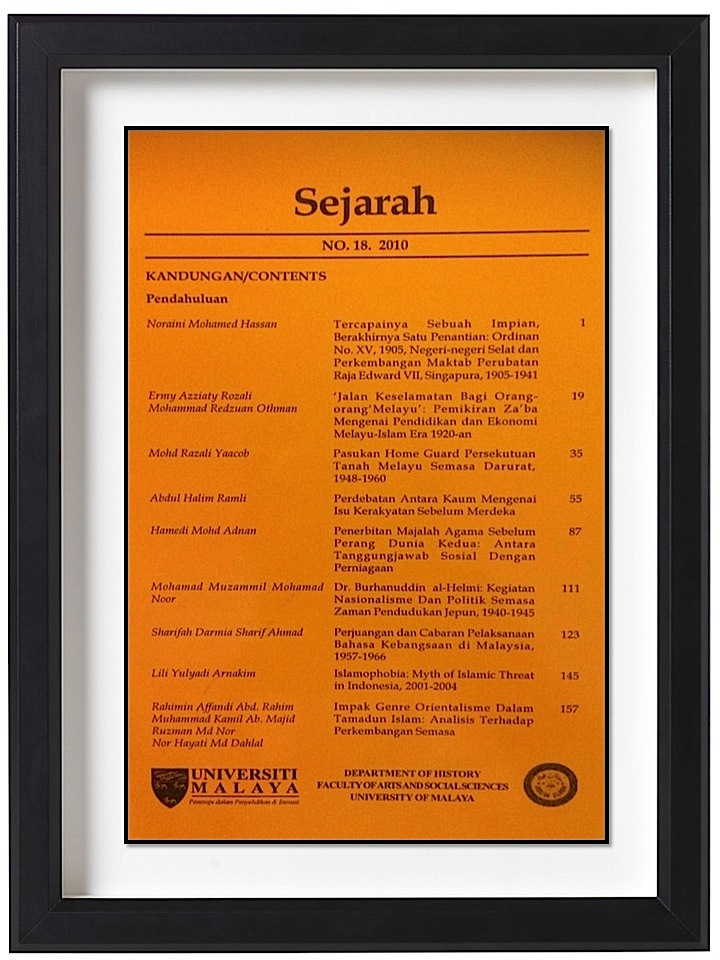