This article examine the position of the Malays in the administration of Kedah after the 1923 Agreement between the state and the British. The agreement intended to delineate the relationship of both parties, which previously was ambiguous and had caused tension and discontentment. However, before the agreement was signed, Tunku Ibrahim as a Regent, laid down several conditions. This article examine whether Tunku Ibrahim's request affected the position of the Malays in the administration of Kedah. The evident indicate that during the period between 1923-1941 the administrative position of the Malays in Kedah was not substantially affected. On the other hand, certain institution were successfully strengthened. For example, the Kedah State Council with a Malay majority and not the British Advisor had the power to determine the selection and placement of administrative officials in the government. This ruling also involved the selection of British officers sent to Kedah. This period also witnessed the enabling of the Kedah government to ensure that the internal appointments were filled by local Malays. More importantly, due to the terms set by Tunku Ibrahim, the Malay language remained as the official language and the Jawi script as the official script of the Kedah government. 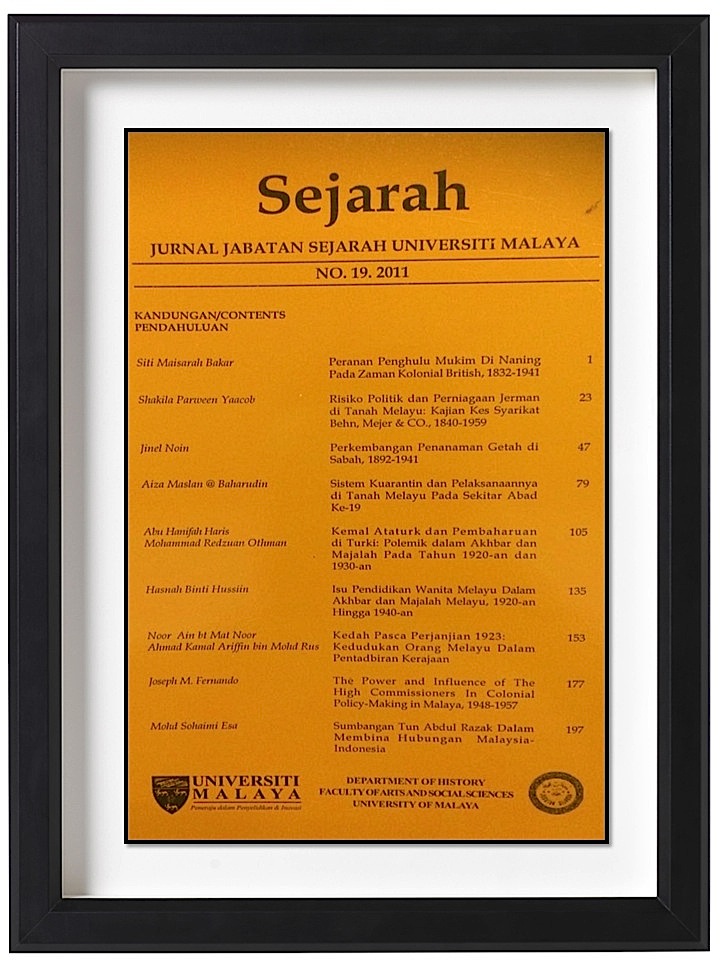