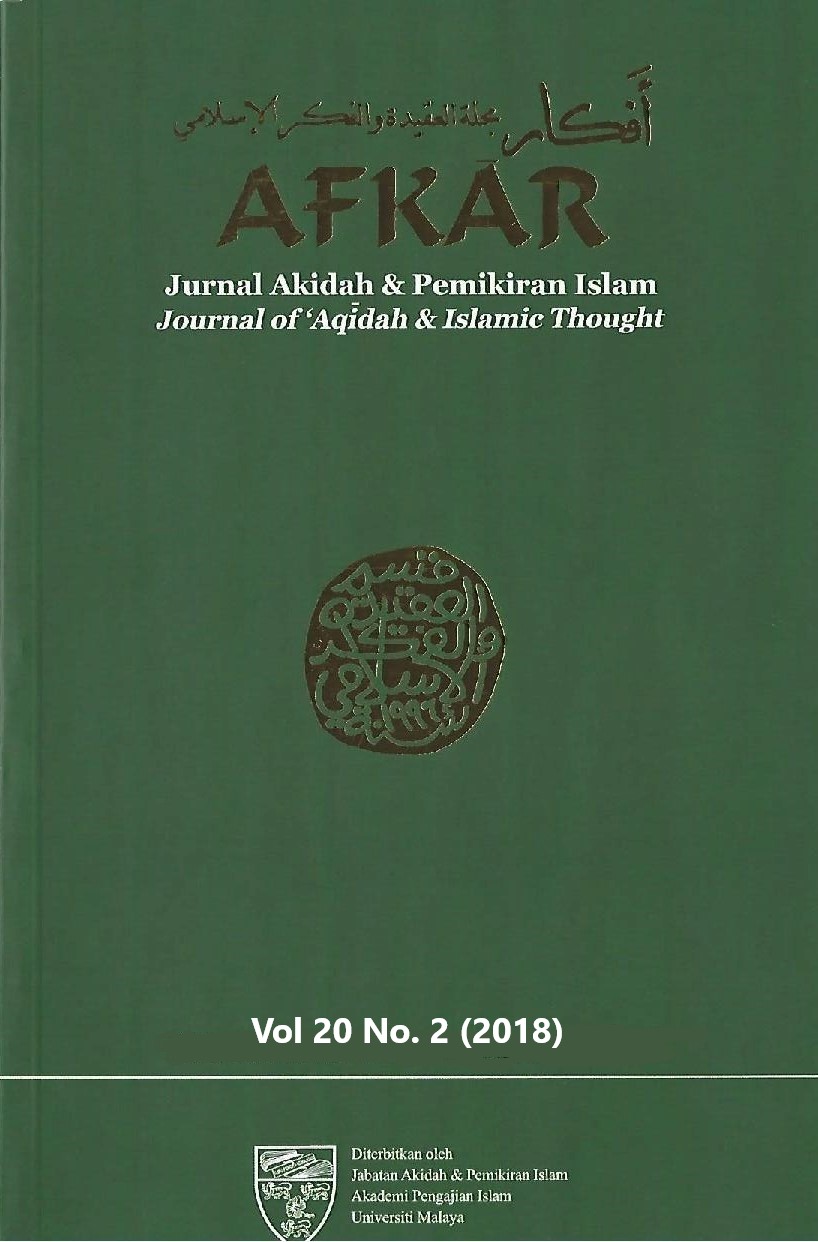 Maâ€˜rifatullah (knowing Allah SWT) is  fard â€˜ayn (obligatory) for every Muslim. Since knowing God through His essence (dhat) is prohibited, then one of the methods to know Him is to understand His great attributes. Al-Sanusi through his major work, Umm al-Barahin has introduced 20 attributes of Allah (Sifat 20) as an approach to know God. This approach has been well received and accepted by many Malay scholars who utilised Umm al-Barahin as an important reference in their works. However, there are several works illustrated a somewhat different approach, among which are the methods proposed by Wan Ismaâ€˜il al-Fatani or better known as (Pak Da â€˜Ail) through his work Bakurah al-Amani. Thus, this article discusses Sifat 20 in Bakurah al-Amani by examining the relationship between this work and Umm al-Barahin. In obtaining data, this study applied the documentation method and analytic ethnography where the author directly participates in the talaqqi system to learn Bakurah al-Amani. While comparative methods are used to analyze data. In conclusion, it is found that Bakurah al-Amani has some similarities with Umm al-Barahin. But the equality is not the whole, because there are some differences between these two influential works.