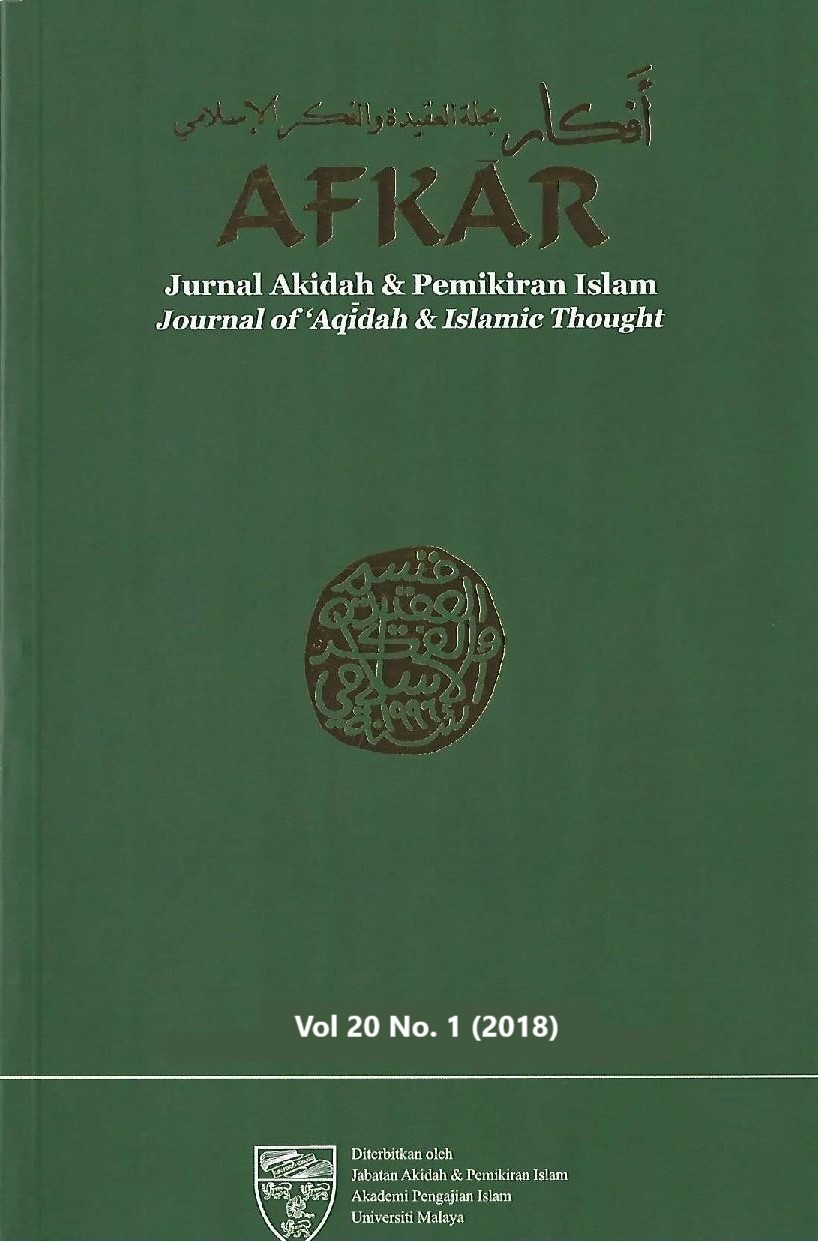 The works which are focusing on the concept of taqdir, nevertheless will be discussing about groups which existed due to the understanding of Af’al al-‘Ibad. There are debates among the two theological schools, Jabariyyah and Qadariyyah. The Jabbariyah school states everything happened has been destined, and they portray the creatures as passive characters which are ‘determined’ by adapting some verses on al-Jabr in the construction of their arguments. Meanwhile, the Qadariyyah school claims that choice and behavior of the creatures are absolute without God’s intervention, but only arguing with the verse of the Qur’an. The disparity of these two schools is solved by the Ash`arite by introducing al-Kasb theory which proves that the verses of the Qur’an are not contrary to each other. The theory meets the standards in finding the meeting point and resolving the interpretation polemics of al-Jabr and al-Iktiyar verses on the concept of Af’al al-‘Ibad until it was discussed (responded) by the scholars anteceded Abu al-Hasan al-Ash‘ari.