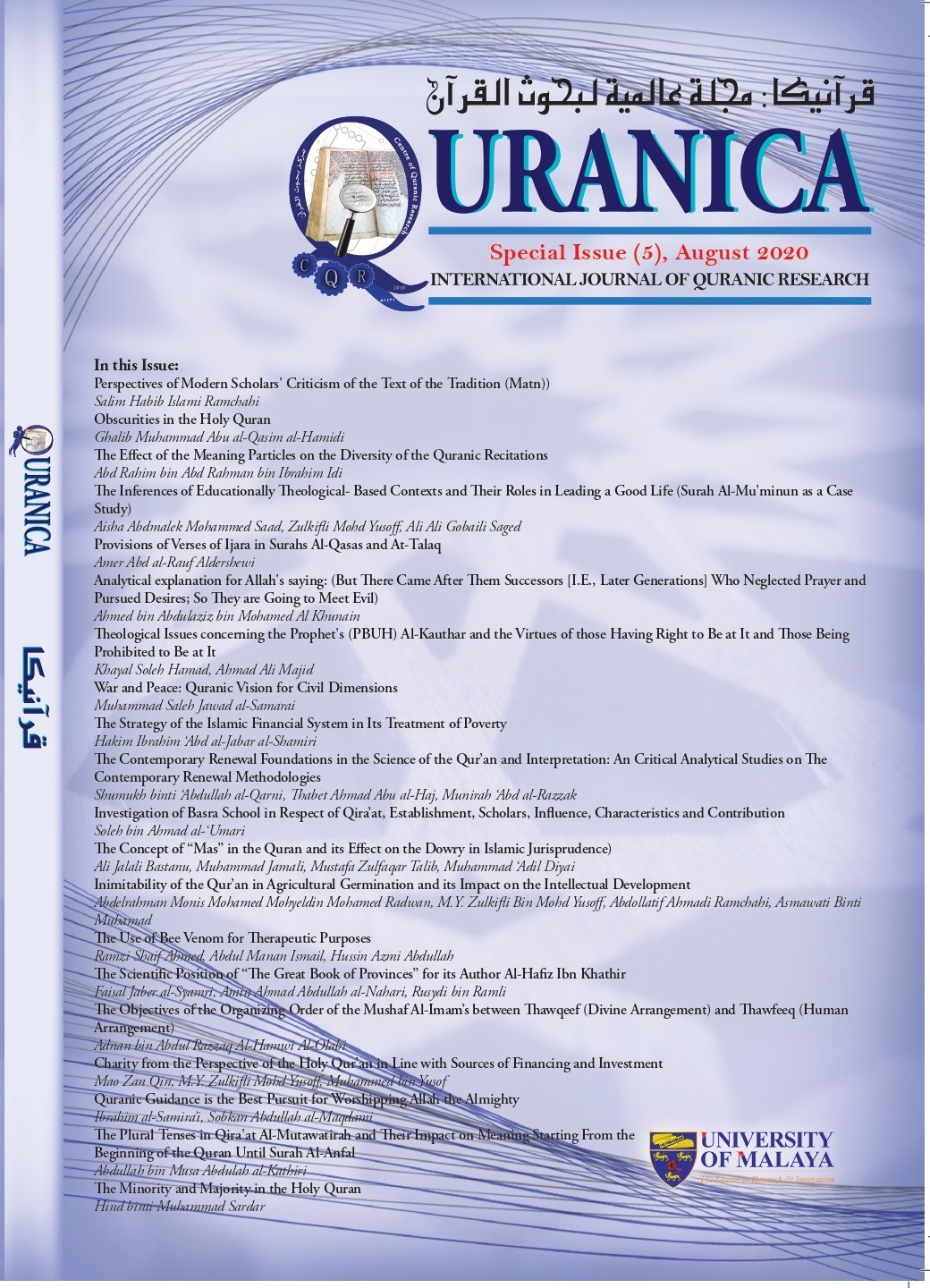 The research aims to extract the most important objectives, wisdom, and lessons inherent in Ordering the Qur’anic Chapters (surahs), from which major intentions and grand goals emerge, confirming the sanctity of the Qur’an and proving the fact that the Qur’an has been memorized in the both forms of Print and word.The Importance of the research appears in explaining the different opinions of the scholars in the Subject of Ordering the Chapters (surahs) of the Holy Qur’an. There are Scholars Who say that The Organizing order of the Chapters was done Directly by Allah and others hold the opinion saying the ordering was arranged by the efforts of the Muslim Ummah While another Group Preferred to be in the middle between them. Whatever the Opinion is Preferred in This Topic, The Most Important aspect is to Understand The Objectives, wisdoms and effects of Qur’anic system in the Ordering of the verses and surahs, which benefit humanity’s guidance, sending a glimmer of hope, renewing the radiance of life, and enriching it with the words and Evidences of God Written in the Holy Quran and Seen in the universe.The problem of the research lies in the necessity of Elucidating the impact of the different opinions Held by The scholars on Organizing The order of the Quran’s Chapter and Choosing The most correct Opinion on it, and then determining the connection with the Science of events. In addition to the importance of highlighting the miraculous aspect of the Qur’an, which makes us benefit from the Hidden Meanings of the revelation and its precise arrangement.The research adopted the inductive, descriptive and analytical approach.Among the most important results of This Research is that the Organizing order of the Surahs in The Holy Quran is controversial due to existence of the different evidences about it, and that the miraculous of the Qur’an lies in delving into the secrets of verses and exploring the horizons of their Indications, All are Independent purposes, which can be considered a kind of challenge.